David Jones (1895—1974) is a modernist poet, of Welsh heritage, who lived in London. His work was highly praised by influential contemporaries such as T.S. Eliot. More recently, Edward Lucie-Smith mentioned, “The extreme complexity of David Jones’s work...” in his introduction to Jones in British Poetry Since 1945 — calling him a “twentieth century equivalent of William Blake.”

Jones served as an infantryman in World War I and was wounded in the Battle of the Somme. He fictionalized his experience in his first extensive poem, In Parenthesis, in which he seeks to encapsulate military experience from the beginning of time.

His second major work, The Anathemata, reflects his faith, and his understanding of art. Jones believed that art should be a form of worship, and that worship is a form of art. W.H. Auden called The Anathemata, “one of the most important poems of our times.”

I said, Ah! what shall I write?
I inquired up and down
------------(He's tricked me before
with his manifold lurking-places.)
I looked for His symbol at the door.
I have looked for a long while
------------at the textures and contours.
I have run a hand over the trivial intersections.
I have journeyed among the dead forms
------------causation projects from pillar to pylon.
I have tired the eyes of the mind
------------regarding the colours and lights.
I have felt for His wounds
------------in nozzles and containers.
I have wondered for the automatic devices.
I have tested the inane patterns
------------without prejudice.
I have been on my guard
------------not to condemn the unfamiliar.
For it is easy to miss Him
------------at the turn of a civilisation.
I have watched the wheels go round in case I might see the living creatures like the appearance of lamps, in case I might see the Living God projected from the machine. I have said to the perfected steel, be my sister and for the glassy towers I thought I felt some beginnings of His creature, but A,a,a, Domine Deus, my hands found the glazed work unrefined and the terrible crystal a stage-paste . . . Eia, Domine Deus.

Anna Kamieńska (1920–1986), like Czeslaw Milosz, lived through the Nazi occupation of Poland, and the difficult years under communism. Her poetry doesn’t describe the inhumanity of those times, but concentrates on essential, lasting things. Her husband — the poet Jan Śpiewak — died prematurely of cancer in 1967, and left Kamieńska in search of answers. In 1970 she wrote in her notebook, “I was looking for the dead, and I found God.”

During the 1970s the Polish government tried to silence her, and suppress her work, because they saw her as part of the democratic movement. Even so, she has written twenty books of poetry, and many biblical commentaries. In 2007 Paraclete Press released a collection of her poems, translated into English by Grażyna Drabik and David Curson, called Astonishments. This book demonstrates her hard-earned faith, nurtured through honest questioning and doubt, as exemplified in the following poems.

Charles Kingsley (1819—1875) was an English priest known for such novels as Westward Ho!, for his political essays, for his poetry, and for his collections of sermons. Kingsley was involved in the Christian Socialist movement, and often wrote his novels to expose injustice.

Kingsley is best known for his children’s novel, The Water-Babies (1863), which he wrote to teach Christian values. The main character is a ten-year-old chimneysweep named Tom. Due to mistreatment, Tom is chased out of town where he drowns in a river. Fairies turn him into a creature called a water-baby, and assign him a task. This book helped lead to an act of Parliament which prevented children being forced to climb chimneys.

He was appointed the Queen’s chaplain in 1859, and became a professor at Cambridge University in 1860. Kingsley was also friends with the Scottish novelist George MacDonald.

The merry merry lark was up and singing,
And the hare was out and feeding on the lea;
And the merry merry bells below were ringing,
When my child's laugh rang through me.

Now the hare is snared and dead beside the snow-yard,
And the lark beside the dreary winter sea;
And the baby in his cradle in the churchyard
Sleeps sound till the bell brings me.

Wild wild wind, wilt thou never cease thy sighing?
Dark dark night, wilt thou never wear away?
Cold cold church, in thy death sleep lying,
The Lent is past, thy Passion here, but not thine Easter-day.

Peace, faint heart, though the night be dark and sighing;
Rest, fair corpse, where thy Lord himself hath lain.
Weep, dear Lord, above thy bride low lying;
Thy tears shall wake her frozen limbs to life and health again. 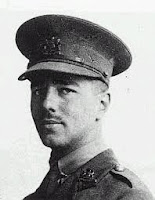