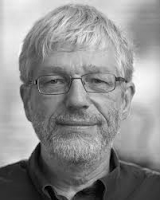 John Terpstra is a Hamilton poet and writer. His most recent poetry collection is Mischief (2017, Gaspereau Press) — a playful and accessible book that subtly draws us into its depths through its seeming simplicity and its sympathetic voice.

Here we see more of who John Terpstra is — such as through his compassionate reflections on neighbours and strangers alike. Perhaps more than in any other collection, he also reveals his alternate identity as a carpenter and cabinetmaker; two of the poems which do this, previously appeared in my anthology, The Turning Aside: The Kingdom Poets Book of Contemporary Christian Poetry.

Of his five nonfiction books, two are about the landscape of his chosen city. His first, Falling Into Place (which first appeared in 2002) focusses on a huge glacial sandbar known as the Iroquois Bar — and the most-recent, Daylighting Chedoke (2018, Wolsak & Wynn), is about the now-largely-underground Chedoke Creek. Both books consider how human activity has altered the landscape.

Terpstra has also recently contributed three poems to the second Poiema anthology, Adam, Eve, & the Riders of the Apocalypse.

The following poem, before it appeared in Mischief, was published in the chapbook Brendan Luck (2005, Gaspereau Press) and in Reformed Worship — from which it was submitted, and won an Evangelical Press of America Prize for Poetry in 2009.

In the church where we go to now
the words of the preacher
begin innocently enough
to thread through the fabric of our lives.
They draw together shapes
not previously recognized,
and connect portions of the narrative
as yet unread, or not yet readable,
a pattern not apparent,
as though written and stitched
by a random hand.

The church where we go to now
Is, and is not, the church
of our fathers and mothers.
The old words do not come easily,
here, the songs have faded and frayed,
they have been crushed and ground
by the lives of our forebears,
the weighing down of history.

The preacher is not innocent.
She is both fearful and full of joy.
She would unburden us,
but the slim silver sliver that she guides
will prick
as it moves through,
and there is blood on the pattern,
the page, on the hand,
as well as healing,
just as there was for our mothers and fathers.

She pulls the thread, taut,
then snaps it between her teeth.
Amen. For now and forever
amen to this bite of a new
dispensation, ancient
and exact
as needlecraft.