Alfred, Lord Tennyson (1809—1892) is the most celebrated poet of the nineteenth century. His father served as an Anglican rector, and took his children's education quite seriously. Tennyson was, on the surface, a conventional Anglican, although at times he ventured into unorthodox speculations. In 1849, Tennyson completed the poem "In Memoriam A.H.H." as a requiem for his closest friend Arthur Henry Hallum, who had been engaged to Alfred's sister, but died suddenly in 1833 while visiting Vienna.

"In Memorium" is primarily a collection of elegies that demonstrates the poet's grief and the questioning of his faith. One writer has concluded, "Although Tennyson is submerged in deep sorrow and confronted with questions and challenges to his spiritual beliefs, he becomes a stronger Christian who is filled with faith in a God of love who will reunite him with his departed friend." The poem begins:
------Strong Son of God, immortal Love,
---------Whom we, that have not seen thy face,
---------By faith, and faith alone, embrace,
------Believing where we cannot prove...

Queen Victoria was particularly drawn to this poem, which influenced her to appoint Tennyson as Poet Laureate of Great Britain and Ireland in 1850; a post which he held until his death. He was buried at Westminster Abbey.

The following he saw as his farewell, and expressed that it should be the final poem in any edition of his poetry.

But such a tide as moving seems asleep,
------Too full for sound and foam,
When that which drew from out the boundless deep
------Turns again home.

Twilight and evening bell,
------And after that the dark!
And may there be no sadness of farewell,
------When I embark; 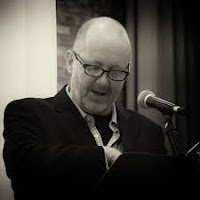 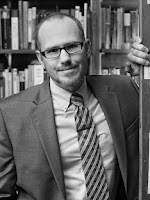 Benjamin Myers is the author of two poetry collections, Elegy For Trains (2010, Village Books Press) which won the Oklahoma Book Award, and Lapse Americana (2013, New York Quarterly Books). He has also received a Tennessee Williams Scholarship from the Sewanee Writers’ Conference. He is the 2015-2016 Poet Laureate for the State of Oklahoma.

His poems have appeared at Verse Daily, and in Yale Review, Nimrod, and Poetry Northwest. Myers is the Crouch-Mathis Professor of Literature at Oklahoma Baptist University.

The following poem is from Elegy For Trains.

On Taking Communion with My Students

Let greasy spikes be caught in halos
thrown from chapel windows
and the lazy shuffle of saints
trace the body of Christ down the chapel alley.

Let this one,
paper late,
eyes avoiding mine
like two blackbirds in sudden flight,
receive.

And let this one,
absent a week
only to resurface
as the sinking vessel rises
one last time from ocean’s deep midnight,
also receive.

The wind empties itself
outside the chapel,
madly hurls the vowels and consonants
collected all its lifetime
ceaselessly
at the stones.

I hear on the gale
my words
from the morning’s lecture:
the world is text.

I, too, am reading it for the first time.

Joost van den Vondel (1587—1679) is considered to be Holland's national playwright, and the most prominent Dutch poet of the 17th century. Although his Dutch contemporaries — the painters Rembrandt and Rubens — are known internationally, Vondel is little known outside of Holland.

The most valued of all his thirty full-length dramas is Lucifer, which opened at the Amsterdam City Theatre in February of 1654. The play was boycotted and protested by Calvinists who felt Vodel's treatment of scripture was outrageous. Some critics have even suggested that Milton's portrayal of Satan in Paradise Lost (1667) is influenced by Vondel.

The following is from Noel Clark's translation of Lucifer. These lines are spoken by the angel Gabriel.

from Lucifer Act One

Hearken ye Angels! All ye Heavenly bands!
The Supreme Godhead from whose bosom flows
All that is good and holy, who no respite knows
From mercy, but whose store of grace grows greater —
(No creature yet can fathom the Creator!)
This God, in His own image, fashioned Man
So he, together with the Angels can,
By honouring God’s laws with zealous care,
His everlasting Kingdom hope to share.
Earth’s universe God wrought – a wondrous sight,
Both Man and his Creator to delight …
As Eden’s ruler, Man should multiply,
With all his offspring serve the Deity,
Knowing and loving Him, Earth’s stairs ascending
Towards perpetual light and bliss unending.
Long did the Spirit-world all else outshine,
Now, to exalt Mankind is God’s design:
Preferred to Angels even, Man will be shown
A path to splendour equalling God’s own.
Bedecked in flesh and blood, anointed Lord
And Master, passing judgment on the horde
Of Spirits, Angels and Mankind, you’ll see
The King of Heaven come in majesty.
There stands His Throne, already sanctified!
Let Angels all in earnest prayer abide
Till He appears, whose choice of human stature
Sets Him above all beings of our nature!
Then shall the Seraphim less brightly shine,
In human light and radiance divine.
God’s grace puts Nature’s brilliance in the shade:
That is the future. The decision’s made! 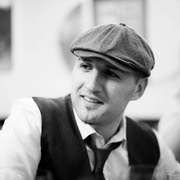 Mischa Willett teaches English at Seattle Pacific University, where his specialty is nineteenth century poetics. He has taught at Washington University and Northwest University, and has served as Scholar-in-Residence at the University of Tuebingen in Baden-Wurttemberg, Germany. His poems have appeared in Books & Culture, Christian Century and Grain, and in his 2013 chapbook, Lunatic.

Scott Cairns has said that, "Mischa Willett has a music all his own, albeit a music informed by years of his attending to the inexhaustible songs that comprise both world poetry and sacred text."

Willett's first full-length poetry collection, Phases, is the newest book in the Poiema Poetry Series. I am pleased to have assisted him as the editor for this collection. Many poems in Phases interact with the classical period or are set in Rome. It is, therefore, note-worthy that this summer he and poet Jennifer Maier will be leading a study trip to Rome with Seattle Pacific University.

Let us not overlook, he says looking out over
us from the lectern like a shepherd
with a crook of words bent on folding
us back into our pen, or penning
us back to our fold, the stupidity
and defenselessness of sheep.
We bleat: in this analogy, who
are we? He proceeds. Goats, you
see, can handle themselves. Horns
and hoofs, cranial helmets they ram
full tilt into posts, or other goats. But sheep
mind you, sheep have no homing device,
which is why stories begin with a lost one;
they’re even known to head toward danger
—oh look, a wolf! Let’s check it out!— in dumb
allegiance to the interesting, which I find
interesting, and think: how to amend
our sheepish ways? But he, to drive
home both the point and oh ye,
sighs it’s beyond you; beyond me.

Phases is available from Cascade Books.