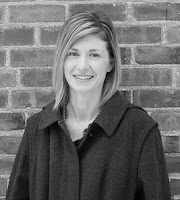 Danielle Chapman is the author of the poetry collection Delinquent Palaces (2015, TriQuarterly Books/Northwestern University Press). She served as consulting editor for Poetry magazine from 2005-2007, was the director of publishing industry programs for the Chicago Department of Cultural Affairs for five years, and now lectures in English at Yale University.

Her poems have appeared in The Atlantic and The New Yorker. She and her husband, Christian Wiman, have twin daughters.

The following poem is from Delinquent Palaces.

I've filled my lungs with fog.
I have sobbed in certain, familiar attics
where each fond object had been
hung or shoved away by hands
whose roughness I had loved,
and the carpet smelled of beloved dogs.

Now that that grief's gone and others come
I come back again to understand
the first one, plum blossoms brushing
the attic window as I look out upon
a yard that has been left untended
by any hand but that of God.

Jan Kochanowski (1530—1584) is a Polish poet, and the most important Slavic poet before the 19th century. He wrote in both Latin and Polish, significantly influencing verse forms in Polish for generations. The best-known edition of his collected works is the jubilee publication, which appeared in Warsaw in 1884. He also wrote a highly respected translation of the Psalms.

His masterpiece is Laments (1580) — a series of 19 elegies on the death of his two and a half year old daughter Urszula. The following comes from the 1995 translation by Stanisław Barańczak and Seamus Heaney.

My Lord, each of us is your wilful child:
By happiness beguiled,
Entranced by earthly joys,
He soon forgets you and heeds not your voice.

We fail to see how much your Grace attends
Our welfare; which soon ends
When your infinite Good
Is not repaid with infinite gratitude.

Rein us in, Lord, before vain pleasure blinds
Our supercilious minds!
Remind them of your cause
If not with blessings, then at least with blows!

Yet punish us as loving fathers do:
Your wrath would burn us through;
We'd vanish without trace
Like snow when warmed by the sun's piercing rays.

Oh, let your hand not crush those in discord
With you, Eternal Lord;
You hurt us to the core
With your mere frown: we could not withstand more.

Though fools claim you have never been man's friend,
Sooner the world may end
Than you shall ever scorn
A rebel soul, when broken and forlorn.

Great are my sins before you, Lord; yet still
Your mercy and goodwill
Would not let evil reign.
Have pity, Lord, on my despair and pain!

Thanks once more to Burl Horniachek for suggesting this, and other, poets.

Joseph Mary Plunkett (1887—1916) is an Irish nationalist, poet and journalist. He was born to an affluent family, but one with republican views. He contracted tuberculosis at an early age, which affected his health right into adulthood.

He was one of the organizers of the Easter Uprising of 1916, and a signatory of the Proclamation of the Irish Republic. His plans were the ones primarily followed in the rebellion. Although the British government was focused on the war, they sent sufficient troops to quickly quell the uprising. On the morning of the day he was executed he married his fiancee, Grace Gifford, in the prison chapel.

For a short time he was the editor of the literary journal, The Irish Review, and was a co-founder of The Irish Theatre. His first poetry collection, The Circle and the Sword, appeared in 1911, and his second, The Poems of Joseph Mary Plunkett, appeared posthumously.

I see his blood upon the rose

I see his blood upon the rose
And in the stars the glory of his eyes,
His body gleams amid eternal snows,
His tears fall from the skies.
I see his face in every flower;
The thunder and the singing of the birds
Are but his voice—and carven by his power
Rocks are his written words.
All pathways by his feet are worn,
His strong heart stirs the ever-beating sea,
His crown of thorns is twined with every thorn,
His cross is every tree. 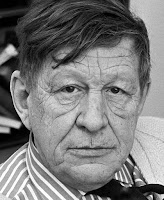 Jean Vanier is a Canadian theologian and humanitarian who founded L'Arche — an international Christian organization dedicated to providing for people with intellectual disabilities. It began in 1964, when he invited two men with disabilities into his home in Trosley-Breuil, France. Today, there are 147 L'Arche communities in 35 countries.

Jean Vanier has written more than 30 books, including the poetry collection Tears of Silence which was first published in 1991, and re-issued in an edition, featuring photographs by Jonathan Boulet-Groulx, to mark the 50th anniversary of L'Arche (2014, House of Anansi).

He is a companion of the Order of Canada, has been named to France's Legion of Honour, and has received many honours including the £1.1 million Templeton Prize in 2015.

From Tears of Silence