Mark A. Noll is a prolific author and historian, whose scholarly work over-shadows his poetry. He is celebrated, according to Time, as one of the most influential evangelicals in America. His 1994 book The Scandal of the Evangelical Mind (Eerdmans), an analysis of Evangelical anti-intellectualism, has been significant in shaping Evangelical institutions, according to Christianity Today. He taught for 27 years at Wheaton College, and now is on the faculty of Notre Dame.

His poetry collection Seasons of Grace was published by Baker in 1997. The following poem appears in A Widening Light, a poetry anthology compiled by Luci Shaw.

The leaves emerge—a growing
garland lying lightly on his head.
The dance of Spring, or resurrection,
quicks his feet; from all directions
caper those he'll call his own.
The sun shines warming down upon
the dancers and their pivot. Only those
up close can smell and see the thick
black-red the flowers nurse upon.

Mary Elizabeth Coleridge (1861—1907) is a British writer, who also wrote poetry under the pseudonym Anodos (a character in the George MacDonald novel Phantastes). During her lifetime she was best known for such novels as The King With Two Faces (1897). Today she is more remembered for her verse.

She was raised in a home that encouraged the arts, and which was visited by such writers as Robert Browning and Alfred Tennyson. She is the great-grand-niece of Samuel Taylor Coleridge. Mary Elizabeth Coleridge taught literature and grammar for twelve years at Working Women's College, seeing it as her Christian duty to help the poor.

Good Friday In My Heart

GOOD FRIDAY in my heart! Fear and affright!
My thoughts are the Disciples when they fled,
My words the words that priest and soldier said,
My deed the spear to desecrate the dead.
And day, Thy death therein, is changed to night.

Then Easter in my heart sends up the sun.
My thoughts are Mary, when she turned to see.
My words are Peter, answering, ‘Lov’st thou Me?’
My deeds are all Thine own drawn close to Thee,
And night and day, since Thou dost rise, are one. 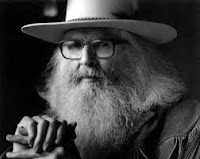 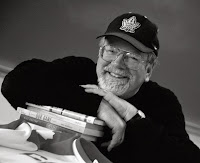