Nontsizi Mgqwetho is South African poet of the Xosha language. Her poetry frequently appeared in a Johannesburg newspaper between 1920 and 1929. Little is known about her beyond what surfaces in her significant body of work.

The enemy she confronted was often as much the apathy of black men, as the unequal treatment by whites. She struggled with the irony of being a Christian, exploited by whites, when whites had brought Christianity to her country in the first place. She speaks with the voice of a preacher, although the newspaper provided the only pulpit a woman would have access to in her day. She would never have been allowed to be an “imbongi” (a rural praise poet) speaking in the presence of the chief, for that role was always a male one; however the newspaper gave her a platform where she could challenge tribal leaders.

The following poem, translated by Jeff Opland, is from The Nation's Bounty: The Xosha Poetry Of Nontsizi Mgqwetho (2007).

Show Me The Mountain That Packed Up And Left

“Come back,” mountain that left.
There are your people frantically scrabbling,
knowing full well that this country
will stand to the end of time.

Mercy, she-dove of Africa!
Distinguished elephant commanding an army
stretching from earth to the skies,
tall as an ironwood safe from the axe.

We raise our cry, saying “Come back!”
Though you disdain it, ochre suits you.
We’re befuddled because we’re adrift,
like plains cattle lost in the mist.

Mercy, she-dove of Africa!
Furry spider of Mthikrakra’s place!
Christians still favour courtship dances,
they say “Come back” but they don’t come back.

We Christians tend to see
the mote in another’s eye.
Africa, today we make a forest of you
in which to conceal all our sins.

And yet even Jesus, who bore our sins,
was a man, cracked on the cross;
He was the Word, and He became flesh:
through Him we wear a crown.

What do you want of Africa?
She can’t speak, she can’t even hear;
she’s not jealous, not vying for status;
she hasn’t squandered her people’s funds!

Where is this God that we worship?
The one we worship’s foreign:
we kindled a fire and sparks swirled up,
swirled up a European mountain.

commanded the Jews: “Use grass to bake bricks,”
leaving them empty-handed at sunset,
so it is for us black people now:
eager at dawn, at dusk empty-handed.

So come on home! Remember your God,
a borer of holes in cracked ships,
Ancient Bone which they sucked for its marrow:
may it still yield them marrow in Africa.

So come back! Make a fresh start!
Remember the Crutch you leaned on as lepers,
let Him lead you dryshod through the Red Sea.
Food from another man’s pot makes you fart. 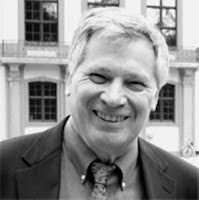 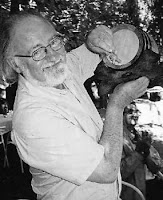 John F. Deane was born on Achill, an island off the Irish coast. Not only is he the new editor for Poetry Ireland Review, but he founded that journal more than thirty years ago. He is known both for his own poems, and for his translations of European poets, including Tomas Tranströmer. In 1985 he also founded Dedalus Press, which has significantly contributed to poetry in Ireland. His poems have been translated into French, Bulgarian, Romanian, Italian and Swedish. Deane's poetry has brought him many international awards and honours.

He has written a new translation of “The Dream of the Rood” which appeared in his 1997 book, Christ, with Urban Fox. His most-recent collection Eye of the Hare was published by Carcanet in 2011.

Unholy we sang this morning, and prayed
as if we were not broken, crooked
the Christ-figure hung, splayed
on bloodied beams above us;
devious God, dweller in shadows,
mercy on us;
immortal, cross-shattered Christ—
your gentling grace down upon us.

Bring me ashore where you are
that I may still be with you, and at rest.

Your name on my lips, with thankfulness,
my name on yours, with love.

When I achieve quiet, when I am in attendance,
be present to me, as I will be to you.

That I may hear you, like a lover, whisper yes —
but that you whisper yes.

Be close to my life, my loves, as lost son to mother,
as lost mother to son.
But be close.

Come to me on days of heat with the cool breathing
of white wine, on cold
with the graced inebriation of red.
But that you come.

That I may find the words.

That the words I find to name you
may approach the condition of song.

Email ThisBlogThis!Share to TwitterShare to FacebookShare to Pinterest
Labels: John F. Deane, The Dream of the Rood, Tomas Tranströmer 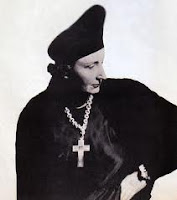