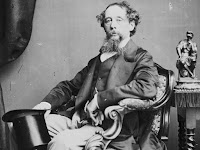 Marguerite de Navarre (1492―1549) is an outstanding figure of the French Renaissance. She was a French princess and the older sister of the French king Francis I. She was both an advocate for the arts, and for reform in the Catholic Church. Her brother was being held prisoner in Spain after having been captured during a battle in Italy. In 1525, through her diplomatic skill she managed to free him. In 1526, she married Henry II of Navarre (a small territory along what is now the border between France and Spain).

She was a prolific writer of poetry, plays and stories ― including Heptameron (a collection of short stories), the long poem Mirror of the Sinful Soul (which was translated into English by eleven-year-old princess Elizabeth ― later Elizabeth I), and The Triumph of the Lamb.

She was significantly influenced by Martin Luther, and had his writings and those of other reformers translated into French. Her intention, like Luther’s original intension, was to promote reform within the Catholic Church. Her own writing ― expressing her belief that eternal salvation was only attainable through repentance and sincere faith rather than through following the actions dictated by the Catholic Church ― was condemned by the Faculty of Theology of the University of Paris. Although her book Mirror of the Sinful Soul was judged to be heretical, King Francis intervened so it was no longer blacklisted; the faculty censors, however, managed to get her printer hanged. Because her religious writings were controversial, many only circulated in manuscript form within her lifetime.

Marguerite de Navarre was also a generous patron of the arts, including to François Rabelais and Leonardo da Vinci.

Luther’s expression of the All and the Naught ― “All” being the Creator and “Naught” the faithful Christian aware of his sins and of his being unworthy of his grace ― appear in the following poem.

The Rapture of Divine Love

Perfect love — would that it were known!
bestows a pleasure that can never end,
and every breath of bitterness is blown.
Perfect love, it is the eternal God,
which sheds abroad in hearts its charity
and raises up the whole man from the sod.
He who by love is brought to utter naught
loves only that which is naught
and thereby to wholeness he is brought.
I did not know, I would not have believed,
that love by dying can increase.
But now I know, for now I have received. 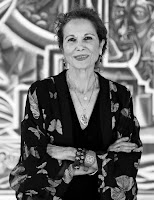 Julia Alvarez is a poet and novelist who was born in New York City in 1950, but spent her early childhood in the Dominican Republic ― her parents’ native country. In 1960 her family fled to the United States because of her father’s involvement in a plot to overthrow the dictator, Trujillo.

Her poems often express the experience of an immigrant child in unwelcoming American schoolyards ― of being raised in a large, Hispanic, Catholic family ― and of her youthful desire to seamlessly fit in among peers. She portrays both her parents’ piety and inconsistency in their efforts to raise the family. At the Catholic Literary Imagination Conference, in 2015, she spoke of the importance of belonging in the community to which Christ calls ― particularly through family ― and she encouraged her hearers to find their calling.

Alvarez has written several novels, including How the García Girls Lost Their Accents (1991), and Afterlife (2020). She has also written non-fiction and children’s literature. Julia Alvarez has received many awards, including the National Medal of Arts from Barack Obama in 2013.

The following poem is from her collection The Woman I Kept To Myself (2011, Algonquin Books).

The wish I always made in childhood
before the blazing candles or when asked
what gift I wanted the Three Kings to bring
was a red pickup, which Mami vetoed
as inappropriate. And so I improvised,
trading in speed for a pair of cowboy boots,
bright red with rawhide tassels that would swing
when I swaggered into my fourth-grade class
asking for an exemption from homework
from my strict teacher, Mrs. Brown from Maine.
She called my mother weekly to complain
of my misbehaviors, among them
a tendency to daydream instead of
finding the common denominator.
(But what had I in common with fractions?
I wanted the bigger, undivided world!)
She was one more woman in a series
of dissuaders against that red pickup
in all its transformations, which at root
was a driving desire to be a part
of something bigger than a pretty girl,
the wild, exciting world reserved for boys:
guns that shot noisy hellos! in the air
and left crimson roses on clean, white shirts;
firecrackers with scarlet explosions
that made even my deaf grandfather jump.
I wanted what God wanted when He made
the world, to be a driving force, a creator.
And that red pickup was my only ride
out of the common denominator. 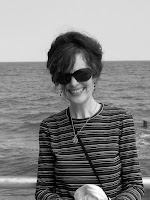 Margo Swiss taught English and Creative Writing at York University for over 35 years, before her retirement in 2018. Her newest poetry collection is Second Gaze (2020, St. Thomas Poetry Series). This book takes its title, she tells us, from Richard Rohr’s The Divine Dance: "We know things in their depth only by the second gaze of love." Swiss focuses on this contemplative, spiritual way of looking, enabling us to see things as they truly are.

Since the anticipated launch event at St. Thomas’s Anglican Church in Toronto was blocked because of the pandemic, a video of her reading from the book may be viewed here.

The following poem is from her 2015 collection The Hatching of the Heart (Poiema/Cascade). It is also included in the current issue of Faith Today.

Jesus Christ knows flesh,
bodies speaking, always did
do what his Father said
His mother’s hard labour first,
in time his own: walked his talk, then
was crossed, tombed, shut up for good
dead (it was said)
until
He heard his Father say, rise
be born again this day.

“It was Mary Magdalene, Joanna, and Mary, the mother of James, and the other women that were with them, which told these things unto the apostles. And their words seemed to them as idle tales, and they believed them not.”