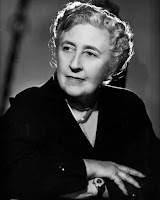 Agatha Christie (1890―1976) is the preeminent mystery writer of the twentieth century. She is especially known for her 66 detective novels ― particularly those featuring either of her two famous sleuths: Miss Jane Marple and Hercule Poirot. She is the best-selling fiction writer of all time. In 1971 she was made a Dame (DBE) by Queen Elizabeth II.

Agatha Christie’s play The Mousetrap is the world’s longest running play. It opened in London's West End in 1952 and ran uninterrupted until a hiatus of just over a year was caused by the COVID-19 pandemic. The play then re-opened on 17 May 2021, and continues to be performed.

She was a life-long member of the Church of England who regularly attended church. Her Christian faith often makes subtle entrances into her novels: Miss Marple is often heard quoting the Bible, and her world includes Vicars and other clergy. The crimes and the solving of the mysteries in her novels can be seen as evidence of Christie’s view of original sin, the triumph of Good over Evil, and her Biblical view of morality.

The following poem appeared in her book Star Over Bethlehem: and other stories (1965, Collins). This book consists of five poems and six short stories ― all of which are unapologetically about Christian faith.

Where now the incense? Where the kingly gold?
For Jesus only bitter myrrh and woe.
No kingly figure hangs here—just a son
In pain and dying ... How shall Mary know
That with his sigh “’Tis finished,” all is told;
Then—in that moment—Christ’s reign has begun? 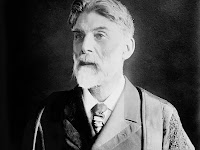 Robert Bridges (1844―1930) is an English poet. He began his career as a physician with the idea that he would retire at age 40 to dedicate himself full-time to writing. He did retire in 1882, but primarily due to lung disease, following a severe bout of pneumonia. He had been writing all along, privately publishing his first poetry collection in 1873.

Robert Bridges reflected his deep Christian faith in his poetry. Although his best-known poems are the shorter pieces found in some early collections from 1890 and 1894, his greatest critical achievement came with the long poem The Testament of Beauty (1929). Bridges was appointed Poet Laureate in 1913.

Besides writing his own poetry he made valuable contributions through his Yattendon Hymnal (1899) which preserved early hymn tunes through his translations of hymn texts into English ― through critical studies of John Milton and John Keats ― and especially through making sure the poetry of his friend Gerard Manley Hopkins was not forgotten. Bridges published Poems of Gerard Manley Hopkins in 1918 after his friend’s death.

A frosty Christmas Eve
---when the stars were shining
Fared I forth alone
---where westward falls the hill,
And from many a village
---in the water'd valley
Distant music reach'd me
---peals of bells aringing:
The constellated sounds
---ran sprinkling on earth's floor
As the dark vault above
---with stars was spangled o'er.
Then sped my thoughts to keep
---that first Christmas of all
When the shepherds watching
---by their folds ere the dawn
Heard music in the fields
---and marveling could not tell
Whether it were angels
---or the bright stars singing.

Now blessed be the tow'rs
---that crown England so fair
That stand up strong in prayer
---unto God for our souls
Blessed be their founders
---(said I) an' our country folk
Who are ringing for Christ
---in the belfries to-night
With arms lifted to clutch
---the rattling ropes that race
Into the dark above
---and the mad romping din.

But to me heard afar
---it was starry music
Angels' song, comforting
---as the comfort of Christ
When he spake tenderly
---to his sorrowful flock:
The old words came to me
---by the riches of time
Mellow'd and transfigured
---as I stood on the hill
Heark'ning in the aspect
---of th' eternal silence. 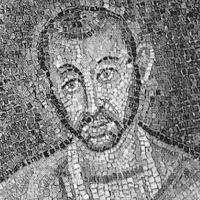 Aurelius Prudentius (c.348―c.413) is a Roman Christian poet, born in what is now northern Spain. He had attained influential positions, as the governor of two provinces, and in the imperial court of Milan. Around 392 he refocused his attention to live a life of poverty, and to use his skill as a poet for the glory of God. He published his poetry collections Cathemerino (Daily Rounds), and Peristephanon (Crown of Martyrdom), plus works of apologetics. His Psychomachia (Warfare of the Soul) is the first epic poem written by a Christian.

Six stanzas of Prudentius’ Christmas poem “Corde Natus Ex Parentis.” were translated as “Of the Father’s Love Begotten” by John Mason Neale in 1852, and was later expanded by Henry W. Baker.

The following translation is from Roby Furley Davis and appeared in The English Hymnal (1906). Davis translated nine of Prudentius’ 38 stanzas from the original Latin poem.

Of the Father’s Heart Begotten

Of the Father's heart begotten,
Ere the world from chaos rose,
He is Alpha, from that Fountain
All that is and hath been flows;
He is Omega, of all things,
Yet to come the mystic Close,
Evermore and evermore.

By His Word was all created
He commanded and 'twas done;
Earth and sky and boundless ocean,
Universe of three in one,
All that sees the moon's soft radiance,
All that breathes beneath the sun,
Evermore and evermore.

He assumed this mortal body,
Frail and feeble, doomed to die,
That the race from dust created,
Might not perish utterly,
Which the dreadful Law had sentenced
In the depths of hell to lie,
Evermore and evermore.

O how blest that wondrous birthday,
When the Maid the curse retrieved,
Brought to birth mankind's salvation
By the Holy Ghost conceived,
And the Babe, the world's Redeemer
In her loving arms received,
Evermore and evermore.

This is He, whom seer and sibyl
Sang in ages long gone by,;
This is He of old revealed
In the page of prophecy;
Lo! He comes the promised Saviour;
Let the world his praises cry!
Evermore and evermore.

Hail! Thou Judge of souls departed;
Hail! of all the living King!
On the Father's right hand throned,
Through his courts thy praises ring,
Till at last for all offences
Righteous judgement thou shalt bring,
Evermore and evermore.

Let the storm and summer sunshine,
Gliding stream and sounding shore,
Sea and forest, frost and zephyr,
Day and night their Lord adore;
Let creation join to laud thee
Through the ages evermore,
Evermore and evermore.

Wendell Berry is a Kentucky poet referred to by America magazine as “the cranky farmer, poet and essayist you just can’t ignore.” He has published more than fifty books of poetry, fiction, essays, and criticism, and has identified himself as an agrarian, a pacifist, and a Christian.

The Poetry Foundation summarizes Berry’s environmental message as: “humans must learn to live in harmony with the natural rhythms of the earth or perish… Berry strongly believes that small-scale farming is essential to healthy local economies, and that strong local economies are essential to the survival of the species and the wellbeing of the planet.”

Berry was first known as a poet before his novels and environmentalism became well known ― his essays particularly bringing him wide recognition. He taught English at New York University and later at University of Kentucky before retiring in 1977 to dedicate more time to his farm.

The following is one of his many Sabbath poems ― poems inspired by his meditative Sunday morning walks.

Remembering That It Happened Once

Remembering that it happened once,
We cannot turn away the thought,
As we go out, cold, to our barns
Toward the long night’s end, that we
Ourselves are living in the world
It happened in when it first happened,
That we ourselves, opening a stall
(A latch thrown open countless times
Before), might find them breathing there,
Foreknown: the Child bedded in straw,
The mother kneeling over Him,
The husband standing in belief
He scarcely can believe, in light
That lights them from no source we see,
An April morning’s light, the air
Around them joyful as a choir.
We stand with one hand on the door,
Looking into another world
That is this world, the pale daylight
Coming just as before, our chores
To do, the cattle all awake,
Our own frozen breath hanging
In front of us; and we are here
As we have never been before,
Sighted as not before, our place
Holy, although we knew it not.