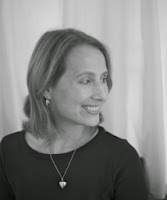 Anya Krugovoy Silver is the author of two poetry collections The Ninety-Third Name of God (2010), and I Watched You Disappear (2014), both from Louisiana State University Press. She teaches English at Mercer University in Macon, Georgia.

In 2004, when pregnant with her son, Noah, she was diagnosed with a rare, incurable form of inflammatory breast cancer. After years in remission, the cancer returned in 2010. “Although I loathe cancer and wish that I didn’t have it," she has said, "I think it’s made me a better poet because it’s given me a subject matter that I feel compelled to write about,” Even so, living with cancer is only one of the subjects in her new collection. At last report, her cancer was relatively stable.

Yours is the name of God that comes most easily to me
God holy, pure, perfect as geometry, that which is set apart.
God to whom I pray, though I deserve no favors.
And would you, Ya-Quaddus, whom I simply call God, Lord,
bargain with my heart for life? As other from human as ether,
would you turn your non-self, whole self, toward my voice?
I stand in a circle of women chanting your name.
No, begging your name. Swimming in your strange indigo.
Our voices ring out like copper prayer bowls.
Refined one, breathe yourself into my spoiled body,
my body bitter as rind, which I am trying so hard to love.
Like steam, draw out the stains in my bones and lungs.
Let me feel whatever it is you are (since I can never know),
---------heal me.

F.W. Pitt (1859-1943) was a pastor in London, who wrote poetry, and books relating to the Christian faith. He was born in Bristol, as one of nine children. His poetry book The Human Touch (Pickering and Inglis) was published in London in 1933. Other books include: Coming Events Cast Their Shadows In The Air (1936), Wonder-Working Prayer (1938), Morning Meditations (1940) which included 31 of his poems, and The Romance of Women Hymn Writers (1949).

The following poem, is by far the best-known thing Pitt ever wrote. Guitarist Phil Keaggy, put the poem to music, and in 1986 released it on his album Way Back Home.

The Maker of the Universe

The Maker of the Universe
As Man, for man was made a curse.
The claims of Law which He had made
Unto the uttermost He paid.

His holy fingers made the bough
Which grew the thorns that crowned His brow.
The nails that pierced His hands were mined
In secret places He designed.

He made the forest whence there sprung
The tree on which His body hung.
He died upon a cross of wood,
Yet made the hill on which it stood.

The sky that darkened o’er His head
By Him above the earth was spread.
The sun that hid from Him its face
By His decree was hung in space.

The spear which spilled His precious blood
Was tempered in the fires of God.
The grave in which His form was laid
Was hewn in rocks His hands had made.

The throne on which He now appears
Was His from everlasting years.
But a new glory crowns His brow
And every knee to Him shall bow.

Follow this link to watch a Phil Keaggy video of : Maker of the Universe.

Dorothy L. Sayers (1893—1957) always saw herself as a poet who wrote fiction. She was born in Oxford, the daughter of an Anglican chaplain. She is best known for her aristocratic detective Lord Peter Wimsey, who appeared in eleven novels and many short stories. The first of these novels, Whose Body appeared in 1923. Others from the series include: The Five Red Herrings, Murder Must Advertise and Gaudy Night.

Her first two published books were poetry collections. She also wrote non-fiction books, such as The Mind of the Maker, many plays, including, The Man Born to be King—twelve radio dramas about the life of Christ, which were first broadcast on the BBC Home Service during WWII—and what she considered to be her crowning achievement, her translation of Dante's Divine Comedy, which was not quite completed at the time of her death.

Sayers was friends with Charles Williams, C.S. Lewis and T.S. Eliot. She expressed her personal philosophy as: "The only Christian work is good work, well done."

Hymn in Contemplation of Sudden Death

LORD, if this night my journey end,
I thank Thee first for many a friend,
The sturdy and unquestioned piers
That run beneath my bridge of years.

And next, for all the love I gave
To things and men this side the grave,
Wisely or not, since I can prove
There always is much good in love.

Next, for the power thou gavest me
To view the whole world mirthfully,
For laughter, paraclete of pain,
Like April suns across the rain.

Also that, being not too wise
To do things foolish in men's eyes,
I gained experience by this,
And saw life somewhat as it is.

Next, for the joy of labour done
And burdens shouldered in the sun;
Nor less, for shame of labour lost,
And meekness born of a barren boast.

For every fair and useless thing
That bids men pause from labouring
To look and find the larkspur blue
And marigolds of a different hue;

For eyes to see and ears to hear,
For tongue to speak and thews to bear,
For hands to handle, feet to go,
For life, I give Thee thanks also.

For all things merry, quaint and strange,
For sound and silence, strength, and change,
And last, for death, which only gives
Value to every thing that lives;

For these, good Lord that madest me,
I praise Thy name; since, verily,
I of my joy have had no dearth
Though this night were my last on earth. 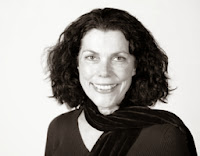