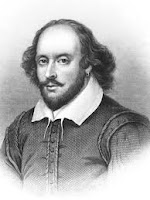 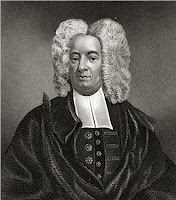 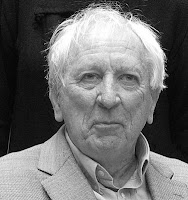 Edwin Muir (1887―1959) is one of Scotland’s premier twentieth century poets. Although he was born in Deerness, Orkney his father lost his farm in 1901. This forced the move to Glasgow, where Muir’s parents and brothers all died within a short period of time ― and the teenaged Edwin was forced into demeaning work in what he saw as an industrial hell. He always saw his childhood as being Eden-like, and the family’s move to Glasgow as a parallel to the Fall.

Muir became disillusioned, abandoning the Christianity of his childhood. At age 21 he embraced socialism as his new religion. His future-wife Willa was also agnostic, although she came from a far more privileged background. They were married in St Pancras’ Register Office in London. From there they moved to Europe, living in Prague, Germany, Italy, Salzburg, and Vienna. Edwin taught himself German, and he and Willa worked together translating literature into English.

During his time abroad, he encountered the brutality of Hitler’s Germany, and Mussolini’s Italy, which contrasted with the deep, soulful Christian roots behind European culture. It was in St Andrews in 1939 that Muir had an experience of faith in Christ that transformed his life.

The following poem “One Foot in Eden” is the title poem from Muir’s 1956 collection. The poem was also set to music by Nicholas Maw in 1990, which was commissioned by King’s College, Cambridge to mark the 500th anniversary of the founding of the college.

One Foot in Eden

One foot in Eden still, I stand
And look across the other land.
The world's great day is growing late,
Yet strange these fields that we have planted
So long with crops of love and hate.
Time's handiworks by time are haunted,
And nothing now can separate
The corn and tares compactly grown.
The armorial weed in stillness bound
About the stalk; these are our own.
Evil and good stand thick around
In the fields of charity and sin
Where we shall lead our harvest in.

Yet still from Eden springs the root
As clean as on the starting day.
Time takes the foliage and the fruit
And burns the archetypal leaf
To shapes of terror and of grief
Scattered along the winter way.
But famished field and blackened tree
Bear flowers in Eden never known.
Blossoms of grief and charity
Bloom in these darkened fields alone.
What had Eden ever to say
Of hope and faith and pity and love
Until was buried all its day
And memory found its treasure trove?
Strange blessings never in Paradise
Fall from these beclouded skies.