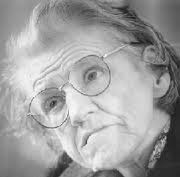 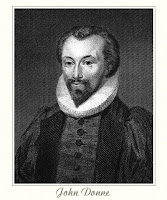 Mario Luzi (1914—2005) is one of Italy’s best-known modern poets. His first book of poetry La Barca (The Boat) was published in 1935, and his final book L'avventura Della Dualità (The Adventure of Duality) appeared in 2003. He taught for years at the Universities of Florence and Urbino, and was nominated for the Nobel Prize in literature in 1991.

He is, according to Dana Gioia, “the Italian modernist whom I consider the greatest Catholic poet of the twentieth century.”

The following exerpt is from the book Phrases and Passages of a Salutary Song, translated by Luigi Bonaffini. Within this poem there is a section about the magi, and another about the shepherds. Whose voice this section of the poem is in, is not clear.

from Genia (from the section “Collapse and Overflow”)

Don’t remain hidden
in your omnipresence. Show yourself,
they want to tell him, but don’t dare.
The burning bush reveals him,
but it is also his
impenetrable hiding place.
And then the incarnation — he takes refuge
from his eternity under human
eaves, he descends
into the most tender womb
toward man, into man...yes,
but the son of man in whom he blazes
manifests him and conceals him...
So they advance in their history.

Martin Luther (1483—1546) is the German theologian who is considered the father of the Protestant Reformation. In 1517 he nailed his 95 Theses to the church door in Wittenberg. He was protesting against the selling of indulgences, and wanted the Pope to proclaim the truth of the gospel — that salvation is a result of justification by faith alone. Rome demanded that Luther recant from his proclamations, as insubordinate to papal authority. Luther refused, unless he be proved wrong based on scripture and reason. He held up the Bible as the only authority in such matters. By 1520 the Pope issued a bull, threatening excommunication, which Luther burned publically. This led to his excommunication the following year.

Luther’s translation of the Bible was influential theologically, but also helped standardize the German language. It was also a significant influence on the English King James Version. His most famous hymn is “A Mighty Fortress Is Our God”, however he is the author of many other well-written pieces. Such hymns were an effective way to teach theology to the masses. Martin Luther established congregational singing in the German church; he believed that, “Next to the word of God, the noble art of music is the greatest treasure in the world...”

All Praise To Thee, Eternal Lord

All praise to Thee, Eternal Lord,
Clothed in a garb of flesh and blood;
Choosing a manger for Thy throne,
While worlds on worlds are Thine alone.

Once did the skies before Thee bow;
A virgin's arms contain Thee now,
While angels, who in Thee rejoice,
Now listen for Thine infant voice.

A little Child, Thou art our Guest,
That weary ones in Thee may rest;
Forlorn and lowly is Thy birth;
That we may rise to Heaven from earth.

Thou comest in the darksome night
To make us children of the light;
To make us, in the realms divine,
Like Thine own angels round Thee shine.

All this for us Thy love hath done;
By this to Thee our love is won;
For this we tune our cheerful lays,
And sing our thanks in ceaseless praise. 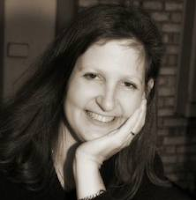