G.C. Waldrep was born in Virginia, and is Associate Professor of English at Bucknell University in Pennsylvania. He directs the Bucknell Seminar for Younger Poets. He has five collections of poetry, from Goldbeater's Skin (2003) which was selected by Donald Revell for the Colorado Prize for Poetry, to Testament (2015) which consists of a single, long poem. He is the editor of West Branch, and is Editor-at-large for the Kenyon Review.

He is a member of the Old Order River Brethren, a conservative group who developed along the Susquehanna River, having branched away from the Mennonites. The following poem is from his first poetry collection.

Praying Always. But in the literal sense?
In the bath? Under the dull breath
of any given second, like his particular faiths?
—Exemplary mutterer, moving through days
with his great mind always fluttering
in the dark cave of his mouth, his manic concern.
He meant well, we might say, and late in life
gave up the constant patter, the need
to bring the world into being, moment by moment,
himself. Watching thereunto with all perseverance
and supplication for all saints. Fair enough:
he persevered, maintained the mission of his public id,
and his supplications, if unheeded, were at least
archived in the libraries of New England.
When I lived in Boston I liked to walk
down past the Common to where the cherries bloomed
in their plots of grass and scored slate,
product of a more decorous generation
though perhaps less prescient: all that careful
horticulture, prayers of hope and terror trembling
on the lips of the women as they left the tomb.
They mistook Christ for the gardener.
As for Mather, his ashes have long been reabsorbed
into the city he helped fix upon said hill.
What he would have wanted? Probably not:
a hard man, though supple in his genuflection
to the order nature brings; this would have been
his Sodom. Now with spring in the air
I lean once more against the oak bench and bargain
what's left of my own heart for mercy on the tongue,
that darkling zeal, those exclamations. 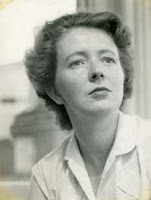 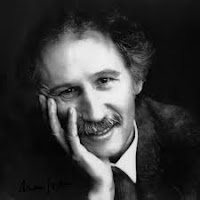 Brian Doyle (1956—2017) is a Catholic novelist, essayist and poet, having published 28 works, and been nominated nine times for the Oregon Book Award — eventually winning for his novel Martin Marten (2016), which also won the Leslie Bradshaw Award for Young Adult Literature, and the Banff Mountain Book Award for Fiction. He died on May 27th from complications related to a brain tumor.

In 1991 he became editor of the University of Portland's Portland Magazine, a role he served well in for the remainder of his life. His most-recent poetry collection How The Light Gets In (2015, Orbis Books) — whose title comes from a Leonard Cohen song — is described as a collection of prose poems, since Doyle's style is quite conversational, and unconcerned with meter or other maters of poetic musicality.

The following poem first appeared in The Christian Century.

There was a man in the land of Uz, whose name was Job;
And he was essentially a blameless dude, and unarrogant,
And he was blessed with seven sons, and three daughters,
Which is a lot of children, and where, I ask politely, is the
Part of the Book of Job where we talk about Job’s spouse,
Who is conspicuously not discussed in the back and forth
With his buddies and then suddenly the Big Guy Himself
Answering out of the whirlwind and commanding old Job
To gird up his loins, which loins were undeniably vigorous
Previous to the Lord interrupting Job, and after the Maker
Finishes one of the greatest eloquent scoldings of all time,
He grants old Job another seven sons and three daughters,
Again without the slightest thanks for the astounding Mrs.
Job who suddenly has twenty count them twenty children
With no mention of her humor, or the vast hills of diapers,
Or her wit which survived kids throwing up and the sheep
Wandering off, and plagues of locusts and things like that.
A good editor, I feel, would have asked for just a glancing
Nod to the wry hero of the tale, at least acknowledgment;
Something like a new last line after So Job died, being old
and full of days, which might read, And also passed a most
Amazing woman, of whom nothing other than the blessing
Was ever said, her heart being a gift beyond calculation by
Man, her mind sharp, her tongue gentle, her hands a mercy,
And her very presence full reason to kneel in prayer at that
Which the Lord in His mercy has made and granted briefly.
A line like that would only hint at her, but it’s a start, right?