John Leax, the author of six poetry collections, served as professor of English and poet-in-residence at Houghton College in New York State from 1968 until his retirement in 2009. He has also written several books of nonfiction, such as Grace Is Where I Live (2000), and the novel Nightwatch (1989).

His two most recent poetry books have appeared since he was last profiled at Kingdom Poets, and they could hardly be more different from each other. His 2012 collection, Recluse Freedom (WordFarm), follows the familiar path of the outdoorsman—the gardener, hiker, fisherman, bird-watcher—written within Jack's well-crafted free verse style. Read my Ruminate review.

As much as I like that collection, I'm much more excited about his new book. He approached me about it, even as his last was being launched. Remembering Jesus: Sonnets and Songs (Cascade), not only follows traditional poetic structures, but is written entirely from the perspective of the people who encountered Jesus in the gospels. Most of the poems are traditional sonnets, however there are a number of other poems interspersed throughout, called "Resurrection Songs" .

The following poem is from John Leax's new collection, Remembering Jesus: Sonnets and Songs, which is the tenth book I've edited for the Poiema Poetry Series.

A boy, eager for excitement, I chased
The crowd along the shore. Disaster surely
Awaited—shipwreck, bodies, bones, the waste
Of life. But not that. A man, lovely
Of voice netted me with stories. I stayed.
The sea was still and quiet. The sun spoke
On the hillside. We lingered. The voice played
The hours short. Then sudden hunger broke
The calm.
---------------------I love this hour of shadows flung
Shoreward by light behind my boat. I heed
Once more the work-rough hand on my arm, the one
Who took my fish and took my bread to feed
The host. Some nights I sail out on the lake
And dream he follows walking in the wake. 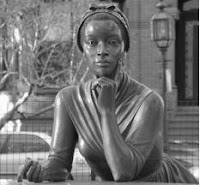 Jill Peláez Baumgaertner is a Chicago poet, whose newest book What Cannot Be Fixed (2014) has just been published by Cascade Books as part of the Poiema Poetry Series. She has previously published three poetry chapbooks, and one full-length collection. In collaboration with composer Carl Schalk, she is librettist for two pieces (each a series of six motets) with sheet music published by Augsburg Fortress; Schalk has also recently composed an accompaniment to Baumgaertner's Advent meditation, "The Great O Antiphons", the text for which appears as part of What Cannot Be Fixed. A new revised edition of her study Flannery O'Connor: A Proper Scaring has appeared in 2013 through Wipf & Stock.

She is Professor of English and Dean of Humanities and Theological Studies at Wheaton College. The following poem is from her new collection, which I'm pleased to have edited for publication.

It can be too careful,
a ledge-balancing
tiny slide of the foot
over slick surfaces.

Javier Sicilia is a Mexican poet, novelist, journalist and activist. He has published six novels, and ten poetry collections, including Trinity (1992), Resurrection (1995,) and Desert Triptych (2009)—which won the Premio de Poesía Aguascalientes, one of Mexico's most prestigious literary prizes. At the time of the award, according to the New York Times, he said his focus as a writer is "the mystery of God in a broken world." His most significant literary influences include the mystic poets Teresa of Ávila and John of the Cross. He is a professor at Universidad La Salle.

On March 28, 2011, his 24-year-old son was murdered, along with six friends, by members of a drug gang. Since then, Sicilia has become renowned for his protests against the drug war, and against the Mexican government's inability to stop it. "I've given up poetry after Juan Francisco's murder because language no longer consoles me, and in lieu of poetry I now depend on that depth of faith that can't be uttered or verbalized." He now pours his energy into the new movement against violence.

“Mi último poema” is the Spanish title of the following poem, which is dedicated to Sicilia’s son, Juan Francisco.

The world is not worthy of words
they have been suffocated from the inside
as they suffocated you, as they tore apart your lungs…
the pain does not leave me
all that remains is a world
through the silence of the righteous,
only through your silence and my silence, Juanelo.

Entry written by D.S. Martin. His new poetry collection, Conspiracy of Light: Poems Inspired by the Legacy of C.S. Lewis, is available from Wipf & Stock as is his earlier award-winning collection, Poiema.

Email ThisBlogThis!Share to TwitterShare to FacebookShare to Pinterest
Labels: Javier Sicilia, John of the Cross, Teresa of Ávila 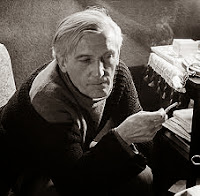