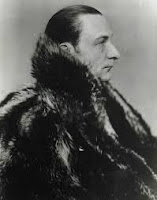 Ambrose of Milan (339—397) was born in Gaul, and raised in Rome after the death of his father. He is known for his eloquent Latin writings, including sermons and hymns. He was a Roman governor, who had not yet even been baptized. In 374 the people of Milan surprisingly declared him to be their bishop.

The first important doctrine Ambrose supported is that Christ is fully God (as taught in the first verse of John's Gospel). Under his teaching Augustine of Hippo was converted and baptized. One unfortunate influence Ambrose had was to increase the veneration of relics. He introduced congregational singing in Milan to worship services.

Splendour of the Father’s glory,
bringing forth light from light,
light of light and source of brightness,
the brightening day of days,

and true Sun slide in,
gleaming with eternal brilliance,
and radiance of the Holy Spirit
pour into our senses.

that he may shape our actions of vigour,
dullen the teeth of the grudging one,
favourably guide harsh occurrences,
bestow the grace of carrying things through,

guide the mind and rule it
with a chaste, faithful body;
may faith be inflamed with heat,
may it not know the poisons of fraud.

And may Christ be food for us,
and may faith be our drink;
happy, may we drink the sober
inebriation of the Spirit.

May this happy day come to pass,
may modesty exist as the dawn,
faith like the noonday,
and may the mind not know the dusk.

Email ThisBlogThis!Share to TwitterShare to FacebookShare to Pinterest
Labels: Ambrose of Milan

S. Trevor Francis (1834—1925) is best known for the hymn "O the Deep, Deep Love of Jesus". He was a merchant, and a lay preacher who belonged to a Plymouth Brethren congregation in London. Ten of his hymns appeared in the Enlarged London Hymnbook of 1873. His book Gems from the Revised Version with Poems appeared in 1891.

Late in life he travelled to Canada, Australia, Palestine, and to Egypt and other parts of north Africa — where he heard many of the lyrics he had written sung in English and other languages. His posthumous collection O the Deep, Deep Love of Jesus, and Other Poems appeared in 1926 (Pickering & Inglis).

O the deep, deep love of Jesus,
vast, unmeasured, boundless, free!
Rolling as a mighty ocean
in its fullness over me!
Underneath me, all around me,
is the current of thy love —
leading onward, leading homeward,
to that glorious rest above!

O the deep, deep love of Jesus —
spread his praise from shore to shore!
How he loves us, ever loves us,
changes never, nevermore!
How he watches over his loved ones,
died to call them all his own;
how for them he's interceding,
watching o'er them from the throne!

Daniel Berrigan (1921—2016) is a Jesuit priest and activist who, along with his brother Philip, spoke out as Christians against the Vietnam War. He is the author of more than 50 books, including several collections of poetry. He is the first priest to ever be on the FBI's "most wanted list", he appeared on the cover of TIME magazine in 1971, and is that "radical priest" referred to in Paul Simon's song "Me And Julio Down By The Schoolyard". He was sentenced to three years in prison for burning 378 draft files, taken from a draft-board office in Cantonville, Maryland — and was released in 1972.

He died on April 30th at the age of 94. Berrigan is featured in the August 2016 issue of Sojourners. Jim Wallis, one of the writers honouring Daniel Berrigan in that issue, wrote:
-----"Here were some Christians who were saying and doing what I
-----thought the gospel said—and what nobody in my white evangelical
-----world was saying or doing. The witness of the Berrigans helped
-----keep my hope for faith from dying altogether. African-American
-----Christians fighting for justice and that 'Berrigan handful' of
-----Christians fighting for peace paved the way for my return to
-----faith."

The following poem is from Daniel Berrigan's book, And the Risen Bread: Selected Poems, 1957—1997 .

A Prayer to the Blessed Trinity

I'm locked into the sins of General Motors
My guts are in revolt at the culinary equivocations of General Foods
Hang over me like an evil shekinah, the missiles of General Electric.
Now we shall go from the Generals to the Particulars.
Father, Son, Holy Ghost
Let me shake your right hands in the above mentioned order
Unmoved Motor, Food for Thought, Electric One.
I like you better than your earthly idols.
You seem honest and clear-minded and reasonably resolved
To make good on your promise.
Please: owe it to yourselves not less than to us,
Warn your people: beware of adulterations. 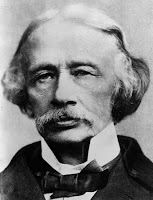