John Masefield (1878—1967) is a significant English poet of the early twentieth century. Both of his parents died when he was a young child. In 1891 he left school to go on board the HMS Conway, where he trained for a life at sea. His aunt thought this would help cure his obsession with reading. Being on board ship, however, gave him plenty of free time to read, and to write; this is where he also learned the joy of story-telling. In 1895 Masefield discovered the poetry of Canadian poet Duncan Campbell Scott, which inspired him to immerse himself in poetry, and eventually to dedicate his life to it.

In 1911 he composed the long narrative poem “The Everlasting Mercy” — a poem that tells the story of a drunkard and womanizer named Saul Kane, who experiences a true conversion to Christ. The poem was ground-breaking, in that its character speaks in a colloquial and coarse manner, rather than in refined “poetic” language.

In 1923 an edition of his Collected Poems sold an impressive 80,000 copies. Masefield became Poet Laureate of the UK in 1930, succeeding Robert Bridges. Masefield's cremated remains were placed in Poets’ Corner in Westminster Abbey.

from The Everlasting Mercy

O Christ who holds the open gate,
O Christ who drives the furrow straight,
O Christ, the plough, O Christ, the laughter
Of holy white birds flying after,
Lo, all my heart’s field red and torn,
And Thou wilt bring the young green corn
The young green corn divinely springing,
The young green corn forever singing;
And when the field is fresh and fair
Thy blessèd feet shall glitter there,
And we will walk the weeded field,
And tell the golden harvest’s yield,
The corn that makes the holy bread
By which the soul of man is fed,
The holy bread, the food unpriced,
Thy everlasting mercy, Christ.

Léopold Sédar Senghor (1906—2001) is a Senegalese poet who was also a professor at the universities of Tours and Paris between 1935 and 1945. Despite his higher education he was given the rank of private when he enlisted in the French army in 1939. He spent two years in Nazi concentration camps; upon his release he joined the Resistance in France. He served as the democratically elected President of Senegal from 1960 to 1980.

As a poet, in 1978 Léopold Sédar Senghor received the lucrative Prix Mondial Cino Del Duca — an international literary prize, established in France. In 1990 his poetry was collected in Oeuvre Poétique (Poetical Work).

The following was translated by John Reed and Clive Wake.

from Prayer For Peace — II

Lord God, forgive white Europe.
It is true, Lord, that for four enlightened centuries, she has
----scattered the baying and slaver of her mastiffs over my lands
And the Christians, forsaking Thy light and the gentleness of
----Thy heart
Have lit their camp fires with my parchments, tortured my disciples,
----deported my doctors and masters of science.
Their powder crumbled in a flash the pride of tatas and hills
And their bullets have gone through the bowels of vast empires like
Daylight, from the Horn of the West to the Eastern Horizon
They have fired the intangible woods like hunting grounds, dragged
----out
Ancestors and spirits by their peaceable beards,
And turned their mystery into Sunday distraction for somnambulant
----bourgeois.
Lord, forgive them who turned the Askia into maquisards,
----my princes
Into sergeant-majors
My household servants into ‘boys’, my peasants into wage-earners,
----my people into a working class.
For Thou must forgive those who have hunted my children like wild
----elephants,
And broken them in with whips, have made them the black hands of
----those whose hands were white.
For Thou must forget those who exported ten millions of my sons
----in the leperhouses of their ships
Who killed two hundred million of them.
And have made for me a solitary old age in the forest of my nights
----and the savannah of my days.
Lord, the glasses of my eyes grows dim
And lo, the serpent of hate raises its head in my heart, that
----serpent that I believed was dead. 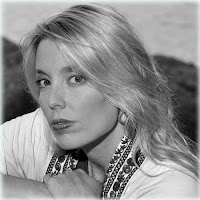 Ku Sang (1919—2004) is a highly respected Korean poet. Although he was born in Seoul, he grew up in what is now North Korea. Shortly after WWII, when opposition to his poetry arose from the Communist authorities, he escaped to the south. His book Wastelands of Fire (1956), concerning the suffering caused by the Korean War, established his reputation.

He was a lecturer at Chung-Ang University in Seoul. His work has been translated into English, French, German, Swedish, and Italian. His style is direct, rarely using abstract symbolism. His poems are grounded in his Christian faith.

The following poem is from Wastelands of Fire; the English translation (1989, Forest Books) is by Brother Anthony.

In a Winter Orchard

In the orchard white with snow
like sprinkled salt,
a plum tree raises thick black branches
in a victory sign,
outlined with flowers in full bloom,
like an Easter garland.

"Behold, whoever puts his life in me,
even though he dies, will never die;
do not be doubtful
of invisible realities."

Playfully, a single magpie
hops from branch to branch.

Beside a hole gaping
like a cavity in a lung,
stiff as a corpse
an apple tree lies, a full arm's girth.

A man comes by, dark as shade,
with a frame bound upon his back;
he lops the dead branches with an axe,
splits the trunk, and bears it all away.

"Behold, a figure of the dead
who will tomorrow be cast
into perdition's flames;
beware, then, lest the roots of your existence
become infected!"

A crow flies cawing
across the frozen sky.