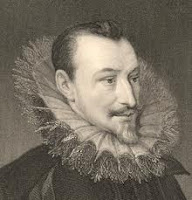 Paul Willis is an English professor at Westmount College in Santa Barbara, California. Besides writing poetry, he has published essays such as those in his book Bright Shoots of Everlastingness (WordFarm); he also has a novel forthcoming.

A dominant influence on his life and writing has been being a mountaineer. He grew up in Oregon, close to the Cascade Mountains, where he was wholly “summit bound”. He and his brother recklessly sought to climb every peek in their state, and were “very nearly obliterated” doing it. In one attempt to climb Alaska’s Mount McKinley, Paul’s brother lost his hands and feet to frostbite, while Paul was hallucinating — still 800 feet from the top.

Mountaineering has also drawn him towards the work of pioneer naturalist John Muir, and inspired him to pursue ecological issues. The following is the title poem from his most-recent poetry collection.

Rosing from the Dead

We are on our way home
from Good Friday service.
It is dark. It is silent.
“Sunday,” says Hanna,
“Jesus will be rosing
from the dead.”

It must have been like that.
A white blossom, or maybe
a red one, pulsing
from the floor of the tomb, reaching
round the Easter stone
and levering it aside
with pliant thorns.

The soldiers overcome
with the fragrance,
and Mary at sunrise
mistaking the dawn-dewed
Rose of Sharon
for the untameable Gardener.

Scott Cairns is the author of six poetry collections — the most recent being his new and selected poems, Compass of Affection (Paraclete Press). His poems have appeared in such publications as The Atlantic Monthly, Image and Poetry. He has taught at several universities, and is currently Director of Creative Writing at University of Missouri.

Cairns has long believed that poetry should be more than merely a record of something that has previously happened, but that it needs to be something of significance in itself. In discussing positive changes that have occurred within the art of poetry, Scott Cairns said in Image just over a decade ago, “The new poetry, a poetry which employs language as agency and power rather than merely as name for another and prior thing, demands that it be read and re-read, and poked, and puzzled over as an event of its own. The poem is not about a thing; it is a thing.”

The following poem is from his 1998 collection, Recovered Body.

The More Earnest Prayer of Christ

His last prayer in the garden began, as most
of his prayers began–in earnest, certainly,
but not without distraction, an habitual…what?

Distance? Well, yes, a sort of distance, or a mute
remove from the genuine distress he witnessed
in the endlessly grasping hands of multitudes

and, often enough, in his own embarrassing
circle of intimates. Even now, he could see
these where they slept, sprawled upon their robes or wrapped

among the arching olive trees. Still, something new,
unlikely, uncanny was commencing as he spoke.
As the divine in him contracted to an ache,

a throbbing in the throat, his vision blurred, his voice
grew thick and unfamiliar; his prayer–just before
it fell to silence–became uniquely earnest.

And in that moment–perhaps because it was so
new–he saw something, had his first taste of what
he would become, first pure taste of the body, and the blood. 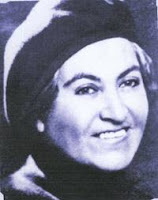 Chilean poet, Gabriela Mistral (1889—1957) was the first Latin American to win the Nobel Prize in Literature (1945). Her work is significantly influenced by her faith — with death and rebirth being important themes. She was an early encourager of the young, Chilean poet Pablo Neruda.

In 1909, the man she loved, Romelio Ureta, committed suicide — an event which significantly impacted her early poetry. Her second collection Desolación (1922), which brought her international attention, is primarily about Christian faith and death.

She lived outside of Chile for many years — including in Mexico, France, Italy and the United States — serving as a consul in several European, Latin American and US cities. American poet Langston Hughes translated several of her poems, which appeared shortly after her death.

Decalogue Of The Artist

I. You shall love beauty, which is the shadow of God
over the Universe.

II. There is no godless art. Although you love not the
Creator, you shall bear witness to Him creating His likeness.

III. You shall create beauty not to excite the senses
but to give sustenance to the soul.

IV. You shall never use beauty as a pretext for luxury
and vanity but as a spiritual devotion.

VI. Beauty shall rise from your heart in song,
and you shall be the first to be purified.

VII. The beauty you create shall be known
as compassion and shall console the hearts of men.

VIII. You shall bring forth your work as a mother
brings forth her child: out of the blood of your heart.

IX. Beauty shall not be an opiate that puts you
to sleep but a strong wine that fires you to action,
for if you fail to be a true man or a true woman,
you will fail to be an artist.

X. Each act of creation shall leave you humble,
for it is never as great as your dream and always
inferior to that most marvellous dream of God
which is Nature.