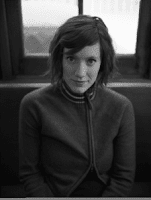 Susanna Childress lives in Michigan, where she is on the faculty of Hope College. She is the author of two books: Jagged With Love (Wisconsin) which won the Britttingham Prize, and Entering the House of Awe (New Issues Press) which won the prize in poetry from the Society of Midland Authors.

Billy Collins praised her first book by saying, "Susanna Childress writes at the cutting edge of the long tradition of love poetry. Her poems often involve tense negotiations between a sharp cultural intelligence and a body that craves fulfillment..." Her poems dwell, often without rational connections, in the spaces where emotion is what really makes sense. They deal with yearning, pain, anxiety and joy, in a way that doesn't try to explain what can only be experienced."

Over the past seven years, Susanna's husband, Joshua Banner, has been setting some of her poems to music. The result is The Necessary Dark. The CD will be released in November, 2013, although videos can now be seen on her web site.

The following poem is from Entering the House of Awe.

R.S. Thomas (1913—2000) was born in Cardiff in Wales and studied classics, and then theology. For most of his life he served in rural parishes as an Anglican priest. His first book, The Stones of the Field, appeared in 1946. John Betjeman wrote a glowing introduction for his fourth collection, Song at the Year's Turning; it was brought out by a major publisher in 1955, and initiated the growth in Thomas's reputation. In 1964 he won the Queen's Gold Medal for poetry.

According to Colin Meir (British Poetry since 1970: A Critical Survey), R.S. Thomas believes that "one of the important functions of poetry is to embody religious truth, and since for him as poet that truth is not easily won, his poems record the struggle with marked honesty and integrity, thereby providing the context for the necessarily infrequent moments of faith and vision which are expressed with a clarity and gravity rarely matched by any of his contemporaries."

A little aside from the main road,
becalmed in a last-century greyness,
there is the chapel, ugly, without the appeal
to the tourist to stop his car
and visit it. The traffic goes by,
and the river goes by, and quick shadows
of clouds, too, and the chapel settles
a little deeper into the grass.

But here once on an evening like this,
in the darkness that was about
his hearers, a preacher caught fire
and burned steadily before them
with a strange light, so that they saw
the splendour of the barren mountains
about them and sang their amens
fiercely, narrow but saved
in a way that men are not now.

Moments of great calm,
Kneeling before an altar
Of wood in a stone church
In summer, waiting for the God
To speak; the air a staircase
For silence; the sun’s light
Ringing me, as though I acted
A great role. And the audiences
Still; all that close throng
Of spirits waiting, as I,
For the message.
---------------------Prompt me, God;
But not yet. When I speak,
Though it be you who speak
Through me, something is lost.
The meaning is in the waiting. 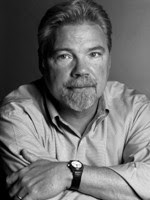 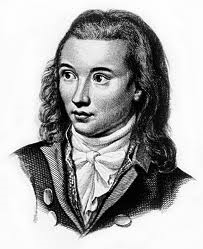 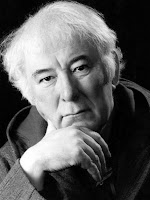