George MacDonald (1824—1905) is the author of more than fifty books in a wide variety of genres — novels, plays, sermons, poems, essays and fairy tales. He became a Congregational minister in Arundel, Scotland in 1850, but left that position three years later due to theological differences. He never took on another church — although he was offered a staggering $20,000 per year by a large New York City church in 1872, when he was in the United States on a lecture tour.

There are some who dispute some of MacDonald’s less-orthodox beliefs. He did eventually join the Anglican Church, but was not drawn to its high liturgy or theology. MacDonald himself did not want to spend energy disputing. In one novel he wrote:

-----“The farmer believed in God—that is, he tried to do
-----what God required of him, and thus was on the straight
-----road to know him. He talked little about religion, and
-----was not one to take sides on doctrinal issues. When he
-----heard people advocating or opposing the claims of this
-----or that party in the church, he would turn away with a
-----smile such as men yield to the talk of children. He had
-----no time, he would say, for that kind of thing. He had enough
-----to do in trying to faithfully practice what was beyond dispute.”

The Grace of Grace

Had I the grace to win the grace
Of some old man in lore complete,
My face would worship at his face,
And I sit lowly at his feet.

Had I the grace to win the grace
Of childhood, loving shy, apart,
The child should find a nearer place,
And teach me resting on my heart.

Had I the grace to win the grace
Of maiden living all above,
My soul would trample down the base,
That she might have a man to love.

A grace I had no grace to win
Knocks now at my half open door:
Ah, Lord of glory, come thou in!—
Thy grace divine is all, and more. 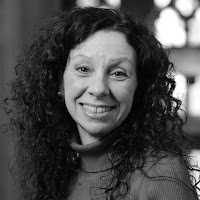 Henry Wadsworth Longfellow (1807—1882) is one of New England’s Fireside Poets, and the most popular poet of his day. He wrote many long narrative pieces, telling stories from mythology and history, such as “Paul Revere’s Ride” and Evangeline, in tightly structured poetic form. Much of his verse was produced for the entertainment of a wide range of people — an aspect of poetry that has been overtaken by less literary forms of writing today — which may explain his bent toward sentimentality.

Although, like most of his friends he was a member of the Unitarian Church, he was fascinated by Jesus and his claims to divinity, which was more in keeping with the beliefs of orthodox Christian denominations. Perhaps it was translating Dante’s Divine Comedy that had particularly influenced him. In 1872 his great work Christus: A Mystery appeared, which includes the Apostles Creed as placed in the mouths of various disciples after the resurrection. This would have been a surprising declaration to those in the Unitarian Church.

Like two cathedral towers these stately pines
---Uplift their fretted summits tipped with cones;
---The arch beneath them is not built with stones,
---Not Art but Nature traced these lovely lines,
And carved this graceful arabesque of vines;
---No organ but the wind here sighs and moans,
---No sepulchre conceals a martyr's bones.
---No marble bishop on his tomb reclines.
Enter! the pavement, carpeted with leaves,
---Gives back a softened echo to thy tread!
---Listen! the choir is singing; all the birds,
In leafy galleries beneath the eaves,
---Are singing! listen, ere the sound be fled,
---And learn there may be worship without words.

Olav H. Hauge (1908—1994) is a poet of Norway who also learned to speak English, German and French. He translated many foreign poets into Norwegian, including Tennyson, Yeats, Robert Browning, and Bertolt Brecht. Hauge translated into Norweigian the poetry of Robert Bly, who also translated Hauge’s work into English.

Hauge’s early poetry is quite traditional, but his later work demonstrates the influence of modernism, and Chinese poetry. He lived all his life in the western Norwegian village of Ulvik.

The following poem is from Luminous Spaces which was translated by Olav Grinde.

Always I Expect to Find

Always I expect to find
something that makes life worthwhile,
something worth winning,
which shall lift me up, strengthen
my will and brace my back.

Free me from this curse of doubt
so humbly I may bend my knee
to life’s eternal truth, let it
guide me right, give me goals
to reach for, faith and peace.

Blessed is the man who, drawn onward,
sees what is writ in the Lord’s hand.
Serpent becomes staff, the burning
bush is green again. Find your path
before your severed day is here!

Elizabeth Barrett Browning (1806—1861) is one of the greatest poets of the nineteenth century. She suffered from ill health from her teens onward, beginning with a lung ailment when she was 14, and a spinal injury at 15. The prescribed laudanum and morphine she became reliant upon may have also contributed to her frail health.

Her family was very supportive of her writing — collecting one of the largest collections of juvenilia relating to any English writer — but was later so over-protective of her that she and Robert Browning had to elope to become married.

She dedicated herself to an educated expression of Christian faith, learning Hebrew while still in her teens, and later turning to Greek. She also read Milton's Paradise Lost, and Dante's Inferno while still young. Barrett Browning passionately believed that Christianity was naturally suited to being explored through poetry — that the highest poetry was essentially religious. She said in an 1842 letter to her friend Mary Russell Mitford, “The failure of religious poets turns less upon their being religious, than on their not being poets. Christ’s religion is essentially poetry — poetry glorified.”

A Thought For A Lonely Death-Bed

If God compel thee to this destiny,
To die alone, with none beside thy bed
To ruffle round with sobs thy last word said
And mark with tears the pulses ebb from thee,—
Pray then alone, ' O Christ, come tenderly!
By thy forsaken Sonship in the red
Drear wine-press,—by the wilderness out-spread,—
And the lone garden where thine agony
Fell bloody from thy brow, —by all of those
Permitted desolations, comfort mine!
No earthly friend being near me, interpose
No deathly angel 'twixt my face and thine,
But stoop Thyself to gather my life's rose,
And smile away my mortal to Divine!'

When our two souls stand up erect and strong,
Face to face, silent, drawing nigh and nigher,
Until the lengthening wings break into fire
At either curvèd point,—what bitter wrong
Can the earth do to us, that we should not long
Be here contented? Think. In mounting higher,
The angels would press on us and aspire
To drop some golden orb of perfect song
Into our deep, dear silence. Let us stay
Rather on earth, Belovèd,—where the unfit
Contrarious moods of men recoil away
And isolate pure spirits, and permit
A place to stand and love in for a day,
With darkness and the death-hour rounding it.