Novica Tadić (1949—2011) is a Serbian poet who was born in Montenegro, and spent most of his life in Belgrade. Charles Simic translated his poetry for the book Night Mail: Selected Poems (1992). Throughout his career, Tadić has steadily won every major award that Yugoslavia, and later Serbia, had to offer — although he is still relatively unknown in the West.

His poems often are horror-filled, in reaction to the inhuman treatment he and others received at the hands of Yugoslavia’s communists — such as in “Biography,” where the speaker has been randomly beaten by authorities, which actually reflects his own experience. In his early poetry he used symbolism from Bogomilism (a heretical medieval cult that existed in the area). In his more recent work, Tadić becomes increasingly orthodox in the expression of his own Christian faith.

The following poem is from Assembly; translated by Steven and Maja Teref

Black thought
(illthought)
coils around
my ankles,
lunges
at my throat,
descends
into my heart.
My guardian
angel grabs
the candle,
lights it
so gently
with holy
fire. My candle
burns upright
in my gloom.
I, the stumbling
man, now upright. 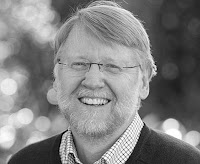 Paul Willis has just had his fourth poetry collection — Getting To Gardisky Lake — published by Stephen F. Austin State University Press. He is a professor of English at Westmount College, where he has taught for 25 years, and is the former poet laureate of Santa Barbara, California. His previous collection — Say This Prayer Into The Past — is part of the Poiema Poetry Series.

One of the poems in his new book first appeared on my blog The 55 Project. He is also one of the poets featured in my new anthology The Turning Aside: The Kingdom Poets Book of Contemporary Christian Poetry, which came out in November — (available here) and through Amazon. He also has poetry forthcoming in my anthology Adam, Eve, & the Riders of the Apocalypse.

In his recent interview in the Santa Barbara Independent, Willis responded to the question of where poetry and faith meet for him by saying, "I don’t know that I ever set out to write nature poetry...[or] spiritual poetry, either...But you are right; I’m not much of a proselytizer. Evangelicals like to talk about having Jesus in their hearts. If Jesus really is in my heart, he might peek out in some poems, but I don’t feel the need to preach."

The following poem is from Getting To Gardisky Lake and demonstrates the poet's ecological concerns.

"Look there," he said, and pointed
out the window of the climbing plane.

"More swimming pools in Johannesburg
than you have got in Los Angeles."

And there were many. Little strings of aqua
jewels that necklaced every neighborhood.

The man was on his way to finance
gold mines on the shores of Lake Victoria.

They would leach the gold from piles
of ore with cyanide, a cunning way.

"Do you worry about the water?"
I asked. "The groundwater?"

He closed his eyes. "Just look," he said.
"Look at all the swimming pools." 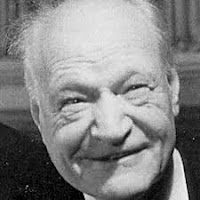 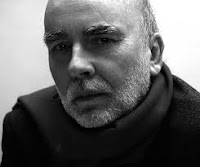 George Mackay Brown (1921—1996) is a Scottish poet and writer who was born in Stromness, Orkney, and lived there most of his life. Edwin Muir was a significant encourager of his poetry, writing an introduction to his first collection The Storm (1954), and helping him to get his second collection Loaves and Fishes (1959) published.

He received an OBE (Order of the British Empire) in 1974. Brown's 1994 novel Beside the Ocean of Time was nominated for the Booker Prize, and was judged to be the Scottish Book of the Year by the Saltire Society. His Collected Poems appeared in 2005.

No visitors in January
A snowman smokes a cold pipe in the yard.

They stand about like ancient women,
The February hills.
They have seen many a coming and going, the hills.

Daffodils at the door in April,
Three shawled Marys.
A lark splurges in galilees of sky.

And in May
Peatmen strike the bog with spades,
Summoning black fire,

The June bee
Bumps in the pane with a heavy bag of plunder.

He thumped the crag in August,
A blind blue whale.

September crofts get wrecked in blond surges.
They struggle, the harvesters,
They drag loaf and ale-kirn into winter.

In October the fishmonger
Argues, pleads, threatens at the shore.

Nothing in November
But tinkers at the door, keening with cans.