William Baldwin (c.1515—c.1563) is a poet from southwest England who worked at Edward Whitchurch's Printing House in London — the house that published the first complete edition of the Bible in English.

Little is known about Baldwin's life, although it is believed that he graduated from Oxford University in 1533. He was well known as a writer, translator and editor — having published numerous books, including many religious works. He was a supporter of the Protestant Reformation, and outspoken in his opposition to the Roman Catholic Church.

In 1555 Baldwin completed A Mirror For Magistrates, which included four of his own poems, but it could not be published during Queen Mary's reign.

Christ To His Spouse

For fair, because thine eyes
Are like the culvers' white,
Whose simpleness in deed
All others do exceed:
Thy judgement wholly lies
In true sense of sprite
--------------Most wise. 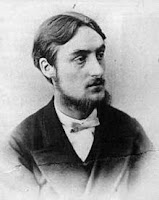 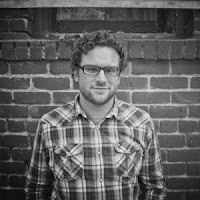 The Pearl Poet is the name used to refer to the author of the 14th century Middle English poem, which survives only in a single manuscript. The same manuscript also includes the romance "Sir Gawain and the Green Knight", and two Christian narrative poems: "Patience" and "Cleanliness". All four poems are believed to be the work of a single author.

In "Pearl" (spelled "Perle" in the original), a father mourns the death of his young daughter, and dreams he encounters her as a grown woman in heaven, although he is still earthbound. She answers his questions with doctrinal teaching, and shows him the heavenly city. The 101 12-line stanzas are very alliterative.

The following is from J.R.R. Tolkien's translation of "Pearl".

Of sun nor moon they had no need,
For God Himself was their sunlight;
The Lamb their lantern was indeed
And through Him blazed that city bright
That unearthly clear did no light impede;
Through wall and hall thus passed my sight.
The Throne on high there might one heed,
With all its rich adornment dight,
As John in chosen words did write.
High God Himself sat on that throne,
Whence forth a river ran with light
Outshining both the sun and moon.