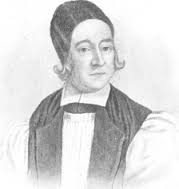 Thomas Ken (1637—1711) is an English poet, best known for his hymns. He grew up in the home of his sister and her husband — the poet Izaak Walton — and was ordained an Anglican priest in 1662.

Thomas Ken served as royal chaplain to Charles II, and earned the king's respect by refusing to let the king's mistress stay in the chaplain's residence. This eventually led to his being appointed Bishop of Bath and Wells in 1685. In this role he wrote the book Prayers for the Use of All Persons who Come to the Baths for Cure (1692).

Along with several other bishops, he was imprisoned in the Tower of London in 1688 for refusing to sign the "Declaration of Indulgence" which James II, the next monarch, presented in support of Catholicism.

Thomas Ken's collected poetical works were published in four volumes in 1721, and the book — Bishop Ken's Christian Year: Or Hymns and Poems for the Holy Days and Festivals of the Church — appeared in 1868. His best known lyric comes at the end of the following hymn, sung around the world as "The Doxology."

Glory to Thee, My God This Night

Glory to thee, my God, this night
For all the blessings of the light;
Keep me, O keep me, King of kings,
Beneath thy own almighty wings.

Forgive me, Lord, for thy dear Son,
The ill that I this day have done,
That with the world, myself, and thee,
I, ere I sleep, at peace may be.

Teach me to live, that I may dread
The grave as little as my bed;
Teach me to die, that so I may
Rise glorious at the awful day.

O may my soul on thee repose,
And with sweet sleep mine eyelids close,
Sleep that may me more vigorous make
To serve my God when I awake.

When in the night I sleepless lie,
My soul with heavenly thoughts supply;
Let no ill dreams disturb my rest,
No powers of darkness me molest.

Praise God, from whom all blessings flow,
Praise him, all creatures here below,
Praise him above, ye heavenly host,
Praise Father, Son, and Holy Ghost. 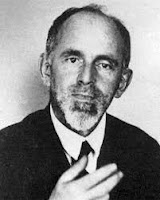 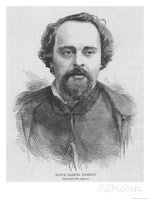 Jennifer Maier is professor of English at Seattle Pacific University. She is the author of two poetry collections, the first of which — Dark Alphabet — won the Crab Orchard Review Series in Poetry First Book Award, and was named one of the Ten Remarkable Books of 2006 by the Academy of American Poets. In 2012 she received The Writer Magazine/Emily Dickinson Award for her poem "fly" which is inspired by a line in a Dickinson poem.

Maier is an associate editor with Image. The following is from her second poetry collection Now, Now (2013, University of Pittsburgh Press).

Annunciation with Possum and Tomatoes

Faith in spring, is a fertile bed, the hope of things
unseen — summer, round in the hand; toil, expectancy, ripe
weight. Grace, for a possum, is another thing:
a sleeping dog, an open gate, five soft globes,

each bite, a new beginning. She ate them all,
but afterward I dreamed I saw a jungle of tomatoes
grown wild against the house, the fruit hanging fat, allegorical,
as the red canopy in Dieric Bouts's Annunciation,

in which the Virgin, surprised in her bedchamber,
looks up from her book, as the Flemish angel, plain
and reliable as a school nurse, calmly delivers the news.
His right finger points up at the Father,

or at the tomato-shaped folds of the drapery, as he explains
about the fruit of the womb, how it will ripen and spill
to repair the blight in the garden, the one that begot death
and beauty in turn, having first made thieves of us all.

Bouts's Holland would not taste tomatoes for another century;
the plague was swallowing citizens left and right,
but the good people of Haarlem still donned their peasant
leggings and took to the field. Perhaps the ploughman,

framed moments ago in the Gothic arch of the Virgin's window,
has set down his rake and is resting in the shade of a tree,
thinking about the fall and its hungers, and about himself,
kin to all mortal creatures, the ones who sow, and the ones

who plunder after them, who wake famished in the night,
all furred appetite, dreaming of a fruit they have never known:
flesh and seed, crotch and vine, its taste in the mouth sharp
as the known world, delectable as Eden.