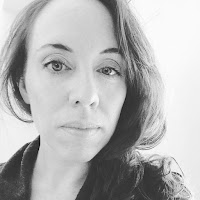 Jen Stewart Fueston is an American writer and teacher, who lived abroad ― teaching English in Budapest, Lithuania, and Istanbul ― before returning to teach writing at University of Colorado, and to raise a family.

As a poet she has published two chapbooks ― Visitations (2015, Finishing Line), and Latch (2019, River Glass Books). She is also one of the poets featured in the anthology In A Strange Land: Introducing Ten Kingdom Poets. Her first full-length poetry collection Madonna, Complex has just appeared in the Poiema Poetry Series. It was a pleasure working with Jen, both for the anthology and as the editor of her new book.

The following poem first appeared in Rust & Moth and is from Madonna, Complex.

To a Friend, Lonely in the Fall

In fall at least the world doesn’t lie to you
about dying, might even convince you you can
do it beautifully, become the blaze maple
transcendent against blue. The stands

of cottonwood that in summer appeared to be one
tree, unclasp green hands, separate and shiver
bare, remember they’re alone. The light that angles
through the gold is not the kind that fills

the wanting in your core. Still, it can be caught
with words arranged on lines, like bait on hooks,
and fed upon. Because love is not a fullness, it’s an
ache. Because one God I’ve known has loved me most

when He took everything away. The stark tree stripped
knows every name the wind goes by.