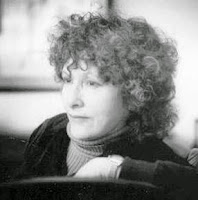 Denise Levertov (1923—1997) was born in England. Her father was raised a Hasidic Jew, but had become a Christian and an Anglican parson. She, herself, became an agnostic. Her first book, The Double Image, appeared in 1946. She married an American and moved with him to New York City after WWII.

The process of Levertov coming to Christian faith was a long one, and so it should not be surprising to find glimpses of that process coming through in her earlier books. The following poem is from her 1964 collection, O Taste and See. This poem was selected by Mark Jarman, for his list of "Original and unorthodox poems about theology", for Poetry Magazine.

Two girls discover
the secret of life
in a sudden line of
poetry.

I who don’t know the
secret wrote
the line. They
told me

what line it was. No doubt
by now, more than a week
later, they have forgotten
the secret,

the line, the name of
the poem. I love them
for finding what
I can’t find,

and for loving me
for the line I wrote,
and for forgetting it
so that

a thousand times, till death
finds them, they may
discover it again, in other
lines

in other
happenings. And for
wanting to know it,
for

assuming there is
such a secret, yes,
for that
most of all.

Margo Swiss is a Toronto poet who has published two collections, Crossword: A Woman's Narrative, and her new book The Hatching of the Heart (Poiema Poetry Series/Cascade Books). It has been my privilege to work with Margo in bringing this book to publication. She is also the editor of the anthology Poetry As Liturgy (2007). She and her husband, David Kent, founded the St. Thomas Poetry Series in 1996—an important imprint for the growth of Canadian Christian poetry.

She has published essays on John Donne and John Milton, and teaches Humanities and Creative Writing at York University.

Water
whether wanted
in storm

or warmed
still we are
watered

earthbound
feed, so we
night-long long

to rise,
to rain
to fall as

Margo Swiss also contributed a poem to my blog The 55 Project, which consists of poems inspired by the 55th chapter of Isaiah. 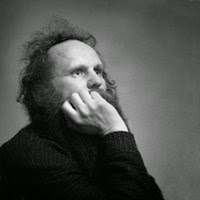 Pavel Kolmačka is a Catholic poet originally from Prague, Czech Republic. He has published two books of poetry, A ridiculous tailcoat fluttered behind me, and You saw that you are. His novel, Footprints leading beyond the horizon, appeared in 2006. He lives in the village of Chrudichromy with his wife and two sons. His poetry, according to Alexandra Bϋchler (who translated the following poem), "is about the presence of God in everyday things."

This poem comes from his poetry collection You saw that you are. This translation comes from the book Six Czech Poets (Arc Publications, 2008).

Still midday air,
the breeze asleep
in the nest of a tree.
Before long God will give us a sign
or trip us up in one of his traps.

On the village green a freckled boy
falls off his father’s bike.
In tears, nursing a grazed knee,
he’s dragging his feet home.

A drop of blood dries in the dust.
High up above the trees
the billowing blue of the sky,
the white rock of a cloud. 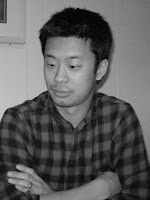