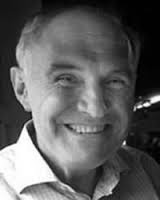 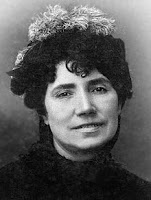 Robert Fitzgerald (1910—1985) is well known for his verse translations of Homer's The Odyssey and The Iliad. He also translated works by Sophocles, Euripides, and Virgil. His career began in journalism, working at the New York Herald Tribune and at Time Magazine. Later he held teaching positions at such schools as Princeton and Harvard.

He and his wife Sally edited two of Flannery O'Connor's books. He was also appointed in 1984 to the position now known as the Poet Laureate of the United States.

He expressed his philosophy as:
------"So hard at best is the lot of man, and so great is the beauty he
------can apprehend, that only a religious conception of things can take
------in the extremes and meet the case. Our lifetimes have seen the
------opening of abysses before which the mind quails. But it seems to
------me there are a few things everyone can humbly try to hold onto:
------love and mercy (and humor) in everyday living; the quest for exact
------truth in language and affairs of the intellect; self-recollection
------or prayer; and the peace, the composed energy of art."

Winter blows on my eaves,
And dry stalks nod in the snow
Pitted by dripping trees.

At noon in the cold air.
A rusty windmill grates.
I sit in a Roman chair,

Musing upon Roman fates,
And make peace with Rome
While the solar Fury waits.

Waste sea and ancient wind
That sailing long I fought,
Unshriven and thin-skinned.

God knows why I perished not,
But made it here by grace
To harbor beyond my thought,

To the stillness of this place.
Here while I live I hold
Young hope in one embrace

With all the ruin of old,
And bless God's will in each;
And bless His word of gold.

Oscar Wilde (1854—1900) is perhaps the greatest wit of the 19th century. He is the author of such plays as The Importance of Being Earnest, Lady Windermere's Fan, and A Woman of No Importance — and of the novel The Picture of Dorian Gray.

Notorious for having being prosecuted for "acts of gross indecency with other male persons", for having made frivolous comments about the charges themselves in court, and for his conviction and subsequent imprisonment — Wilde is also known for his deathbed conversion. In his poem "Ballad of Reading Gaol", Wilde wrote:
-----------"Ah! Happy they whose hearts can break
-----------And peace of pardon win!
-----------How else may man make straight his plan
-----------And cleanse his soul from Sin?
-----------How else but through a broken heart
-----------May Lord Christ enter in?"

His long interest in Catholicism is shown through such flippant comments as saying the Catholic Church is "for saints and sinners alone — for respectable people, the Anglican Church will do". The following poem, from 1881, also demonstrates that Wilde had long considered the truth that salvation comes through Christ alone.

Come down, O Christ, and help me! reach thy hand,
For I am drowning in a stormier sea
Than Simon on thy lake of Galilee:
The wine of life is spilt upon the sand,
My heart is as some famine-murdered land,
Whence all good things have perished utterly,
And well I know my soul in Hell must lie
If I this night before God's throne should stand.
'He sleeps perchance, or rideth to the chase,
Like Baal, when his prophets howled that name
From morn to noon on Carmel's smitten height.'
Nay, peace, I shall behold before the night,
The feet of brass, the robe more white than flame,
The wounded hands, the weary human face.