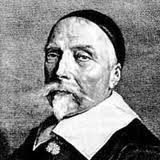 Adélia Prado is one of Brazil's foremost poets, even though her work only began to be published when she was in her early 40s. She is a devoted Catholic who often combines earthy images of this world with transcendent images of faith. She has published six collections of poetry.

In 1985 American writer Ellen Watson, arrived at Prado's door with a handful of English translations she had made of Prado's poems. Eventually that manuscript became The Alphabet in the Park (1990). It still remains the best-known source for Adélia Prado's poetry in English. The two women have remained friends throughout the years; Watson is scheduled to release a second volume of Prado's poetry in 2013. The following translation, however, is from Marcia Kirinus.

The world is a garden. A light bathes the world.
The cleanness of the air, the greens after rain,
the open country dresses in grass like the sheep in its wool.
A pain without bitterness: a live butterfly on the spit.
Wake up the tender memories:
robust with youth,
insidious joy with no reason.
I don't insist on the old addictions to protect me from sudden joy.
And the woman ugly? And the man crass?
Meaningless. They are all in a fog like me.
The empty can, the manure, the leper on his horse.
They are all resplendent. On the cloud a king, a kingdom,
a jester with his fandangles, a prince. I pass them by,
they are solid. What I don't see exists more than the flesh.
God gave me this unforgettable afternoon, I rubbed my eyes and saw:
like the sky, the real world is pastoral. 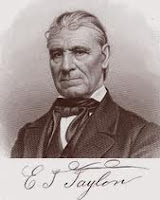 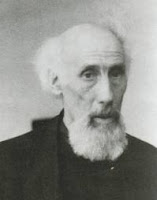 Robert Lax (1915—2000) is an American poet who is perhaps best known for his connections with his friend Thomas Merton. He was skilled as a juggler, and toured western Canada with a circus — an important experience reflected in his verse. In 1943 he converted from Judaism to Catholicism. In the 1940s he was on staff at The New Yorker, and served as poetry editor for Time. Jack Kerouac called him, “one of the great original voices of our times”. He lived the last 35 years of his life in the Greek islands, particularly on Patmos, writing in a minimalist style and doing little to promote his work.

In his collection The Circus of the Sun (1959) Robert Lax portrays the circus as representative of the larger society. The circus performers and animals celebrate God and his creation, even down to the most mundane tasks of their lives. The word “firmament”, in the following poem, is clearly reminiscent of the Genesis account of creation from the King James Version, and William Blake's “The Tyger” is also clearly echoed.

In later years Lax developed an extremely minimalist style. The following poem, running down the left margin of the page, is typical of his collection A Thing That Is (1997).

be
gin
by
be
ing

la
ter
you
can
be
pa
tient

(name
of
the
game