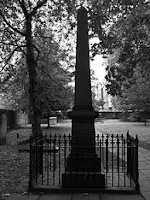 Joseph Hart (1712—1768) is a London writer and Congregationalist minister, who was quite opposed to evangelical Christianity in his young adulthood. At that time he made his living teaching Latin, Hebrew and Greek, and had translated Greek poetry by Herodian and Phycolides. Hart wrote a pamphlet against John Wesley in 1741, entitled The Unreasonableness of Religion, which he later denounced after his conversion.

Like many other Christian poets of this period, hymns became his form of choice. In 1759 a first book of his collected hymns appeared, later to become known as Hart’s Hymns, which along with later supplements was reprinted every two or three years for more than a century. A biography of Hart was written by Thomas Wright, and published in 1910. His best-known hymn — included here — had seven stanzas in its original form, and underwent numerous revisions, including a chorus added by another writer. The following three verses are those most commonly found in hymnbooks.

Joseph Hart was buried at Bunhill Fields — a nondenominal graveyard in London commonly used for nonconformists. Others interred there include William Blake, John Bunyan, and Isaac Watts.

Come, ye sinners, poor and needy,
Weak and wounded, sick and sore;
Jesus ready stands to save you,
Full of pity, love, and power:
He is able, He is able,
He is willing: doubt no more.

Come, ye thirsty, come and welcome,
God's free bounty glorify;
True belief and true repentance,
Every grace that brings us nigh,
Without money, without money,
Come to Jesus Christ and buy.

Come, ye weary, heavy laden,
Bruised and broken, full of sin;
If you tarry till you're better,
You may never enter in:
Not the righteous, not the righteous;
Sinners Jesus came to win.