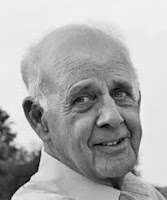 Robert Lowry (1826—1899) is particularly remembered as a hymn writer. He was appreciated for his preaching too, and would have preferred this to have been his lasting legacy, as he was the pastor of Baptist churches in New York City, Brooklyn, Pennsylvania and New Jersey. He served as a professor of literature at the University of Lewisburg (now Bucknell University) and later as its chancellor.

He co-wrote hymns with both Annie Hawks, and Fanny J. Crosby, and was also a music editor for the Biglow & Main Publishing Company. In this role he brought to light hundreds of other gospel songs. One of the books he edited, Pure Gold, sold more than a million copies. Some of his best known hymns include: "Shall We Gather at the River?" and "What Shall Wash Away My Sin?" The popularity of gospel hymns drew many Christian poets of the nineteenth century into this genre.

The following hymn I always associate with Easter, particularly from singing it as a child on Easter Sunday mornings at my grandparents' church in London, Ontario.

Death cannot keep its prey, Jesus my Savior;
he tore the bars away, Jesus my Lord!

G.A. Studdert Kennedy (1883—1929) is an Anglican priest and poet who was born and raised in Leeds. He served as an army chaplain on the Western Front during WWI. He had a reputation for going out during battles, into no-man's-land under the fire of the enemy, to comfort wounded soldiers. In 1917 he was awarded the Military Cross.

After the war he was drawn towards pacifism and socialism. His books include Rough Rhymes of a Padre (1918), and The Unutterable Beauty: the Collected Poetry by G.A. Studdert Kennedy (1927). His proposed burial at Westminster Abbey was refused due to his socialist beliefs.

When Jesus came to Golgotha
They hanged Him on a tree,
They drave great nails through hands and feet,
And made a Calvary.
They crowned Him with a crown of thorns;
Red were His wounds and deep,
For those were crude and cruel days,
And human flesh was cheap.

When Jesus came to Birmingham,
They simply passed Him by;
They never hurt a hair of Him,
They only let Him die.
For men had grown more tender,
And they would not give Him pain;
They only just passed down the street,
And left Him in the rain.

Still Jesus cried, “Forgive them,
For they know not what they do.”
And still it rained the winter rain
That drenched Him through and through.
The crowds went home and left the streets
Without a soul to see;
And Jesus crouched against a wall
And cried for Calvary. 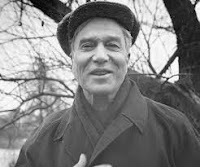