Salvatore Quasimodo (1901—1968) is an Italian poet of Sicilian heritage. In the late 1930s he dedicated himself entirely to writing, and although he was opposed to fascism he did not participate in the resistance to the German occupation during WWII. One of his major projects during this time was a translation of the Gospel of John. In 1945 he became a member of the Italian Communist Party.

The range of his translation work is broad, including Greek Tragedies, Shakespearian plays, and the 20th century poetry of E.E. Cummings and Pablo Neruda. His own poetry became increasingly influential. In the 1950s he received many awards, including the 1959 Nobel Prize in Literature. Toward the end of his life he travelled through Europe and to the United States for readings and lectures.

The following poems were translated by Jack Bevan

You find me forsaken, Lord,
in your day
and have no grace
locked from all light.

Without you I go in dread,
lost road of love,
and have no grace,
fearful even to confess,
so my wishes are barren.

I have loved you, fought you;
day stoops
and I gather shades from the skies;
how sad my heart
of flesh.

Amen
For Sunday in Albis

You have not betrayed me, Lord:
I am the first-born
of every grief. 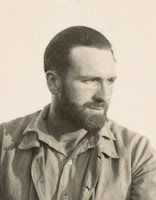 Philip Britts (1917—1949) is a poet, farmer, pacifist, and pastor who was originally from Devon, England. He became a member of the Bruderhof Christian community, after they had been expelled from Germany by Hitler's government in 1937; when they fled to England, Britts and his wife joined the movement. During WWII, Britts moved to Paraguay with others from his community. It was in South America where he contracted a rare tropical disease which took his life.

In 2018, Plough — the publishing house of the Bruderhof community — has made available, Water at the Roots, a collection of Philip Britts's poetry, interspersed with brief biographical sketches to contextualize the poems. They describe him as a British Wendell Berry, because of his philosophy of life, and the poetry he wrote.

The following poem is from Water at the Roots.

Wait For The Weather

It's good to plough when the earth is soft
----And the furrows smoothly go;
When the tilth is fine and the weather fair,
----It is good to sow.

So when the earth is baked to brick
----And wind is dry and sun is bright,
It's better to bide at home and wait,
----And put your harness right.

It's better to wait your time, and make
----Good order for when you start.
Then all day long, when the time is right,
----Plough with a thankful heart.

Entry written by D.S. Martin. His latest poetry collection is Ampersand (2018, Cascade). His books are available through Amazon, and Wipf & Stock, including the anthologies The Turning Aside, and Adam, Eve, & the Riders of the Apocalypse.
Posted by D.S. Martin at 2:51 PM 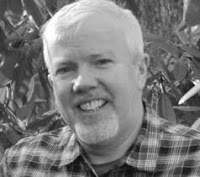 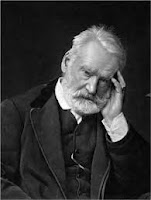