Madeline DeFrees was born in Ontario, Oregon in 1919. She is the author of eight full-length poetry collections, including Blue Dusk, which received the 2002 Lenore Marshall Poetry Prize, and Spectral Waves (2006) both from Copper Canyon Press. Both of these books were awarded Washington State Book Awards.

She spent 38 years as a Catholic Nun, until 1973 when she requested a release to enable her to focus more on her poetry. She has taught at many colleges including: Univerisity of Montana and University of Massachusetts, Amherst.

Psalm for a New Nun

My life was rescued like a bird from the fowler's snare.
It comes back singing tonight in my loosened hair

as I bend to the mirror in this contracted room
lit by the electric music of the comb.

With hair cropped close as a boy's, contained in a coif,
I let years make me forget what I had cut off.

Now the glass cannot compass my dark halo
and the frame censors the dense life it cannot follow.

Like strength restored in the temple this sweetness wells
quietly into tissues of abandoned cells;

better by as much as it is better
to be a woman, I feel this gradual urgency

till the comb snaps, the mirror widens, and the walls recede.
With head uncovered I am no longer afraid.

Broken is the snare and I am freed.
My help is in the Lord who made
heaven and earth. Yes, earth.

This poem is from Madeline DeFrees' collection Blue Dusk: New & Selected Poems, 1951-2001, which is available here. 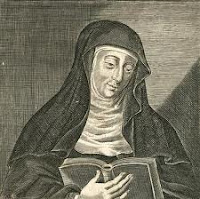 Email ThisBlogThis!Share to TwitterShare to FacebookShare to Pinterest
Labels: Hildegard of Bingen

Lucille Clifton (1936—2010) has received much recognition for her poetry. She served as Poet Laureate of Maryland from 1979 to 1985, had two different poetry collections published in 1987 both as finalists for the Pulitzer Prize, and she received the National Book Award for Blessing the Boats: New and Collected Poems 1988—2000. She is also the author of eighteen children’s books.

In 1966 Langston Hughes included some of her poems in an anthology of Black poetry. When her first collection Good Times (1969) appeared The New York Times called it one of the year’s ten best books.

Peggy Rosethal said in The Christian Century, "The first thing that strikes us about Lucille Clifton's poetry is what is missing: capitalization, punctuation, long and plentiful lines. We see a poetry so pared down that its spaces take on substance, become a shaping presence as much as the words themselves". This is evident in the following poem. 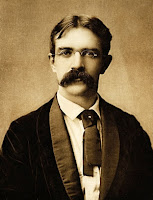 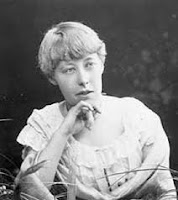