David Jones (1895—1974) is a painter and the author of two major works of modernist poetry: In Parenthesis (1937) and The Anathemata (1952). Guy Davenport, in the New York Times Book Review, said, “For David Jones art was a sacred act and he expected the reading of his work to be as much a rite as he performed in the composing of it.”

The Poetry Foundation describes The Anathemata as “modernistic, allusive, and fragmented…” which as I see it contributes to making it one of the most difficult major poems of the twentieth century. The poem is more than 200 pages in length, and leaps from theme to theme, place to place, and from time period to time period ― including ancient Greece and Rome, Western Europe and England, and by the end reflects on the Last Supper and Christ’s Crucifixion.

The David Jones Society webpage concedes that “Jones's style has been considered 'densely allusive,' 'fragmented' and 'palimpsestic…'” It says The Anathemata “traces the course of Western culture in light of its various geographical, mythical, historical and religious roots, using the Roman Catholic Mass as a significant framework.”

According to Robert Knowles, “The achievement, then, of The Anathemata is that it is an extended metaphor of what it is to be, uniquely, modern: for Jones, old forms of faith exist alongside present forms of explanation and the difficulty remains the association or integration of this apparent duality.”

What follows are the closing stanzas of The Anathemata.

King James I (1566—1625), that is James Charles Stuart, was officially the King of Scotland and known as James VI for more than thirty years ― including throughout his childhood, when regents governed on his behalf ― prior to the union of the Scottish and English crowns in 1603.

In his native Scotland, he was a literary patron, and was active as a writer himself; there he headed a circle of Scottish poets and musicians known as the Castalian Band, which included William Fowler and Alexander Montgomerie.

James’ greatest contribution to English literature is the Bible he commissioned in 1604 — which became known as the King James Version or Authorized Version — and was published in 1611. It has been called "the most celebrated book in the English-speaking world" and has had, and continues to have, significant influence on its literature.

James believed in the divine right of kings, which had been the common perspective in Scotland. In England, however, Parliament had power despite James I’s belief that they had no rights at all except by the king's grace. This belief is reflected in the following poem, although he also makes it clear that the king (and I would add that parliament, and even cruel dictators) would have no power except that it is given by God.

Sonnet Prefixed to His Majesty's Instructions
to His Dearest Son, Henry the Prince

God gives not kings the style of gods in vain,
For on His Throne His sceptre do they sway;
And as their subjects ought them to obey,
So kings should fear and serve their God again.
If then ye would enjoy a happy reign,
Observe the statutes of your Heavenly King,
And from His Law make all your laws to spring,
Since His lieutenant here ye should remain:
Reward the just; be steadfast, true, and plain;
Repress the proud, maintaining aye the right;
Walk always so as ever in His sight,
Who guards the godly, plaguing the profane,
And so ye shall in princely virtues shine,
Resembling right your mighty king divine.

David Scott (1947―2022) is an English poet and Anglican priest who gained attention by winning the 1978 Sunday Times/BBC Poetry Competition. This helped lead to the first of his six poetry books, A Quiet Gathering, which won the Geoffrey Faber Memorial Prize in 1986. He is best known for his poetry, but he also wrote several plays for the National Youth Music Theatre with Jeremy James Taylor, and six books about the Christian faith, including, Moments of Prayer, and The Mind of Christ.

He was vicar of Torpenhow and Allhallows in Cumbria, then Rector of St Lawrence, was an honorary canon of Winchester Cathedral, and an honorary fellow of the University of Winchester. David Scott also served as poetry reviewer for The Church Times.

In 2008 the Archbishop of Canterbury, Rowan Williams, conferred a Lambeth Degree Doctorate of Letters (DLitt) on him “in recognition of his contribution to deepening the spiritual life of the Church through his standing as a poet and his teaching ministry…”

In 2010 David Scott took an early retirement, due to ill health. He died this past October.

The following poem is from Beyond the Drift ― New and Selected Poems, (2014, Bloodaxe Books).

I’ll go into a wood, a barn, a room
and not come out until my heart
is settled back on God the pivot,
I the balance. A chance for poise
to get my giddy head becalmed
into stillness that absorbs. I wonder what?
Things I dare not write for fear
they might be so, the illness worse,
or better.
I’ll enter into converse with my soul
and hope again to learn a love for others,
and of others love for me.
To stop doing one thing, and discover
what refuses to be laid aside.
Nothing new perhaps; just former things
attentively revived. 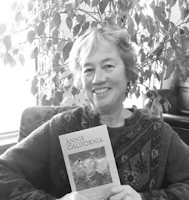 Margaret Kellermann is a multi-faceted artist, expressing herself through writing, visual art and music. Her latest publication is a middle-grade novel, Annie California: Book One (2021, Beachdog). Her earlier books (prior to 2011) were written under the name of Margaret D. Smith, including the poetry collections A Holy Struggle: Unspoken Thoughts of Hopkins (1992, Shaw), and Barn Swallow (2006, Brassweight Press). She lives in Humboldt County, in northern California.

She has said, "As a writer, artist and musician, I find myself doing art in a struggle to understand how to be in love with God, who refuses to be understood, even as he begs to be in relationship. God’s presence in me is like a grain of sand. He neither shows himself visibly nor goes away, and this agitates me daily. So I cover and cover that holy irritation with layers from my own core."

The following poems are taken from anthologies; the first, "Lily", appeared in A Widening Light, and the second, "Moon", appeared in Odd Angles of Heaven.

Lily
A lily shivered
at His passing,
supposing Him to be
the Gardener

It is colder here than on the moon. At least
it is light there.

There is no singer on earth like the moon,
except the owl.

Where the coyote runs, I see the moon
stand off, watching.

Echoes of God come dancing back
from the dark lake.

In the middle of God, the moon.

How can I bear to pass by?
I will stay the night.

Look, the moon is ebbing,
one wave lapping in.

Sometimes it is hard to trust
one's eyes.

If this is the way I should go―
at least the winter moon goes with me. 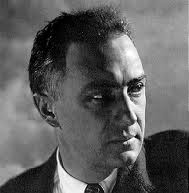 William Carlos Williams (1883―1963) ― a significant imagist poet ― was also a family physician practicing in northern New Jersey. Though not a churchgoer, he respected the faith of those he encountered through life and art. He admired Francis of Assisi for his poetic originality, his love of the natural world, and as a model of forgiveness and generosity.

In his poem “The Catholic Bells” Williams said, “Tho’ I’m no Catholic / I listen hard when the bells / in the yellow-brick tower / of their new church // ring down the leaves…”

His parents had been active members of the Rutherford Unitarian Society ― and his father read Dante and the Bible to his sons. Williams applied the Unitarian phrase “Nothing that is not true” to his imagist approach to poetry. He sought truth in the natural world, and the lives of his patients living in the tenement houses he visited. His wife, Flossie, said, “the people there expanded his imagination, and I noticed over the years how much they healed him.”

The following poem is William Carlos Williams’ declaration of his belief in the incarnation.

of the god of love,
---the devils
------as an old print shows
retreated in confusion.

---What could a baby know
------of gold ornaments
or frankincense and myrrh,
---of priestly robes
------and devout genuflections?

The rich gifts
---so unsuitable for a child
------though devoutly proffered,
stood for all that love can bring.

But as they kneeled
---the child was fed.

The very devils
---by their flight give praise.
------What is death,
beside this?