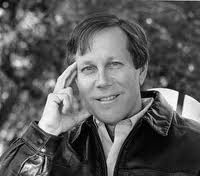 Dana Gioia did not follow a conventional path to become a poet. He attended Stanford Business School, and eventually became a vice-president for General Foods. He is the author of four poetry collections, and was recently (2003—2009) the chair of the National Endowment for the Arts. His influential essay “Can Poetry Matter?” first appeared in The Atlantic Monthly in 1991.

The following poem is from his new collection, Pity the Beautiful (Graywolf Press). In an Image interview he said this poem “offers a set of beatitudes that praise the suffering and renunciation necessary to make us spiritually alert. It celebrates the transformative and redemptive nature of suffering—one of the central spiritual truths of Christianity as well as one easily forgotten in our materialist consumer culture...”

Blessed are hunger and thirst, loneliness and all forms of desire.
Blessed is the labor that exhausts us without end.

Blessed are the night and the darkness that blinds us.
Blessed is the cold that teaches us to feel.

Blessed are the cat, the child, the cricket, and the crow.
Blessed is the hawk devouring the hare.

Blessed is this shortest day that makes us long for light.
Blessed is the love that in losing we discover.

Alphonse de Lamartine (1790-1869) was a French poet and politician. His father had been imprisoned during the French Revolution’s Reign of Terror, but escaped the guillotine. Alphonse was educated by Jesuits, even though they were being suppressed at the time. In 1848, he led the provisional government when the Second Republic was proclaimed.

His first book Méditations Poétiques (1820) established him as a popular poet within the French Romantic Movement, having been significantly influenced by the poetry of Lord Byron. In 1830 he published Harmonies Poétiques et Religieuses, which particularly expressed his Christianity.

In 1832 he experienced a crisis of faith when his only remaining child died. In 1848 his political life fell apart, and he was left with enormous debt. He supported himself through his final years writing novels and historical works. When he died in 1869, he had nearly been forgotten, although is said to have re-established his faith.

On the Image of Christ Crushing Evil

You crushed it badly, Christ, this reptile so vile
That every truth finds in its path!
With its hideous bends it wraps up the whole world,
And its deep sting remains in the human race's side.

You promised us the horrible viper
Would never again tighten its sallow sections about us,
That man would be the son, and God would be the father,
And that you alone would pay the earthly ransom.

Two thousand years have passed and man still waits,
Ah! rise up to your Father, angel of the future,
And tell him evening has replaced the dawn,
And that the celestial gift is too slow in coming.

Norman Nicholson (1914—1987) is a British poet closely associated with the mining town of Millom on the edge of the Lake District. He lived most of his life in the same house where he was born. At age 22 he became committed to Christian faith, which grew in him as a strong influence on his life and writing.

Although he lived far from influential literary centres, he received many honours, including the Queen’s Gold Medal for Poetry in 1977, and being made an OBE in 1981. His work has been praised by T.S. Eliot, Ted Hughes, and Seamus Heaney. The Norman Nicholson Society was established in his hometown in 2006.

When Moses, musing in the desert, found
The thorn bush spiking up from the hot ground,
And saw the branches on a sudden bear
The crackling yellow barberries of fire,

He searched his learning and imagination
For any logical, neat explanation,
And turned to go, but turned again and stayed
And faced the fire and knew it for his God.

I too have seen the briar alight like coal,
The love that burns, the flesh that’s ever whole,
And many times have turned and left it there,
Saying: “It’s prophecy–but metaphor.”

But stinging tongues like John the Baptist shout:
“That this is metaphor is no way out.
It’s dogma too, or you make God a liar;
The bush is still a bush, and fire is a fire.”

Look
Along the well
Of the street,
Between the gasworks and the neat
Sparrow stepped gable
Of the Catholic chapel,
High
Above the tilt and crook
Of the tumbledown
Roofs of the town-
Scafell Pike,
The tallest hill in England.

How small it seems,
So far away,
No more than a notch
On the plate-glass window of the sky!
Watch
A puff of kitchen smoke
Block out peak and pinnacle -
Rock-pie of volcanic lava
Half a mile thick
Scotched out
At the click of an eye.

Look again
In five hundred, a thousand or ten
Thousand years:
A ruin where
The chapel was; brown
Rubble and scrub and cinders where
The Gasworks used to be;
No roofs, no town,
Maybe no men;
But yonder where a lather rinse of
cloud pours down
The spiked wall of the sky-line, see,
Scafell Pike
Still there.

George Johnston (1913—2004) is a Canadian poet whose work is characterized by rhyme and meticulous rhythm — for he felt that poetry should be memorized. A favourite poet, and influence was A.E. Housman. Northrop Frye said, "Johnston is an irresistibly readable and quotable poet. His finest technical achievement, I think, apart from his faultless sense of timing, is his ability to incorporate the language of the suburbs into his own diction."

He was known internationally as a poet and translator. He, and his wife, Jeanne, often hosted visiting poets in their home in Ottawa. When on sabbatical in England, from Carleton University, he became friends with the Welsh poet David Jones.

Stephen Morrissey, said in his “In Memorium” piece on Johnston: “George was preeminently a humble man, his religious leanings were to both Quakerism and the Church of England as he searched for an expression of his spirituality. He was a family man and...mentored younger poets...George treated me with respect as a person and as a poet. Overall he enlarged my life. What greater praise can be given to someone than stating that we learn to be a better person from their example.”

Nine days after his death in 2004, his wife of sixty years, Jeanne, died of a heart attack.

No excuse
Though I keep looking for one;
No use
Pretending it is not me, has not been done.

No way out
But always farther in
In doubt,
Fate-strong, heart-struck, ground fine.

I have not
Seen Paradise, nor its trees,
But what
I glimpse of unspoiled brings me to my knees.