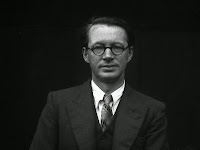 Edwin Muir (1887—1959) is a Scottish poet, critic, and novelist. He is a major figure of the Scottish Literary Renaissance. Muir expressed that Scottish Literature should be written in English if it is to gain International attention; this was the opposite view of fellow-poet Hugh MacDiarmid, who wanted a return to Lallans (the language of lowland Scotland).

Muir and his wife, Willa, collaborated on many influential translations of German-speaking authors, including the first English translations of Franz Kafka's stories. He once wrote, "My marriage was the most fortunate event of my life." In the early 1920s, the Muirs lived in Europe—Prague, Dresden, Salzburg, Vienna and Rome—before returning to England.

His Selected Poems, edited by T.S. Eliot appeared in 1965. At that time Eliot wrote, "Muir will remain among the poets who have added glory to the English language. He is also one of the poets of whom Scotland should always be proud."

So from the ground we felt that virtue branch
Through all our veins till we were whole, our wrists
As fresh and pure as water from a well,
Our hands made new to handle holy things,
The source of all our seeing rinsed and cleansed
Till earth and light and water entering there
Gave back to us the clear unfallen world.
We would have thrown our clothes away for lightness,
But that even they, though sour and travel stained,
Seemed, like our flesh, made of immortal substance,
And the soiled flax and wool lay light upon us
Like friendly wonders, flower and flock entwined
As in a morning field. Was it a vision?
Or did we see that day the unseeable
One glory of the everlasting world
Perpetually at work, though never seen
Since Eden locked the gate that’s everywhere
And nowhere? Was the change in us alone,
And the enormous earth still left forlorn,
An exile or a prisoner? Yet the world
We saw that day made this unreal, for all
Was in its place. The painted animals
Assembled there in gentle congregations,
Or sought apart their leafy oratories,
Or walked in peace, the wild and tame together,
As if, also for them, the day had come.
The shepherds’ hovels shone, for underneath
The soot we saw the stone clean at the heart
As on the starting-day. The refuse heaps
Were grained with that fine dust that made the world;
For he had said, ‘To the pure all things are pure.’
And when we went into the town, he with us,
The lurkers under doorways, murderers,
With rags tied round their feet for silence, came
Out of themselves to us and were with us,
And those who hide within the labyrinth
Of their own loneliness and greatness came,
And those entangled in their own devices,
The silent and the garrulous liars, all
Stepped out of their dungeons and were free.
Reality or vision, this we have seen.
If it had lasted but another moment
It might have held for ever! But the world
Rolled back into its place, and we are here,
And all that radiant kingdom lies forlorn,
As if it had never stirred; no human voice
Is heard among its meadows, but it speaks
To itself alone, alone it flowers and shines
And blossoms for itself while time runs on.

But he will come again, it’s said, though not
Unwanted and unsummoned; for all things,
Beasts of the field, and woods, and rocks, and seas,
And all mankind from end to end of the earth
Will call him with one voice. In our own time,
Some say, or at a time when time is ripe.
Then he will come, Christ the uncrucified,
Christ the discrucified, his death undone,
His agony unmade, his cross dismantled—
Glad to be so—and the tormented wood
Will cure its hurt and grow into a tree
In a green springing corner of young Eden,
And Judas damned take his long journey backward
From darkness into light and be a child
Beside his mother’s knee, and the betrayal
Be quite undone and never more be done. 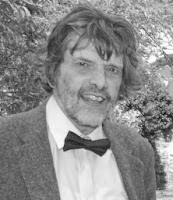 T.S. Eliot (1888—1965) is not only known as the author of such influential poems as The Waste Land (1922) and Four Quartets (1943). He is also known for such plays as Murder in the Cathedral (1935), and for his literary criticism, including the influential essay "Tradition and the Individual Talent" (1920). The whimsical poems he originally wrote for his godchildren, Old Possum's Book of Practical Cats (1939), were eventually transposed into the Andrew Lloyd Webber musical Cats, which premiered in London's West End in 1981. In 1948 he was awarded the Nobel Prize for Literature.

His "Choruses From 'The Rock'" were written for a pageant play in 1934, and yet seem to have been written for the twenty-first century.

Thus your fathers were made
Fellow citizens of the saints, of the household of GOD, being built
-----upon the foundation
Of apostles and prophets, Christ Jesus Himself the chief corner¬stone.
But you, have you built well, that you now sit helpless in a
-----ruined house?
Where many are born to idleness, to frittered lives and squalid
-----deaths, embittered scorn in honey-hives,
And those who would build and restore turn out the palms of
-----their hands, or look in vain towards foreign lands
-----for alms to be more or the urn to be filled.
Your building not fitly framed together, you sit ashamed and
-----wonder whether and how you may be builded together
-----for a habitation of GOD in the Spirit, the Spirit
-----which moved on the face of the waters like a lantern
-----set on the back of a tortoise...
You, have you built well, have you forgotten the cornerstone?
Talking of right relations of men, but not of relations of men
-----to GOD...

Of all that was done in the past, you eat the fruit, either rotten
-----or ripe.
And the Church must be forever building, and always decaying.
-----and always being restored.
For every ill deed in the past we suffer the consequence:
For sloth, for avarice, gluttony, neglect of the Word of God.
For pride, for lechery, treachery, for every act of sin.
And of all that was done that was good, you have the inheritance.
For good and ill deeds belong to a man alone, when he stands
-----alone on the other side of death,
But here upon earth you have the reward of the good and ill that
-----was done by those who have gone before you...
And all that is ill you may repair if you walk together in humble
-----repentance, expiating the sins of your fathers...
The Church must be forever building, for it is forever decaying
-----within and attacked from without;
For this is the law of life; and you must remember that while
-----there is time of prosperity
The people will neglect the Temple, and in time of adversity
-----they will decry it.

What life have you if you have not life together?
There is no life that is not in community,
And no community not lived in praise of GOD... 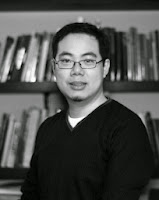