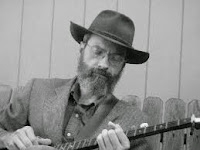 Euros Bowen (1904—1988) is a Welsh poet who wrote in the Welsh language. He served as an Anglican priest in the Church of Wales. Bowen considered himself a Sacramentalist — writing poems which he presented as signs. He won the bardic crown at the National Eisteddfod of Wales both in 1948 and again in 1950. His four collections of poetry, were all written in Welsh, however in 1974 he produced a bilingual edition of selected poems with his own English translations. Bowen was the editor of the literary journal Y Fflam. His brother, Geraint Bowen, also wrote poetry.

The following poem was translated by Cynthia and Saunders Davies.

The whole world is full of glory:

Here is the glory of created things,
the earth and the sky,
the sun and the moon,
the stars and the vast expanses:

Here is the fellowship
with all that was created,
the air and the wind,
cloud and rain,
sunshine and snow:

All life like the bubbling of a flowing river
and the dark currents of the depths of the sea
is full of glory.

The white waves of the breath of peace
on the mountains,
and the light striding
in the distances of the sea.

The explosion of the dawn wood-pigeons
and the fie of the sunset doves,
sheep and cattle at their grazing,
the joy of countless creeping things
as they blossom,
spider and ant
of nimble disposition
proclaim the riches of goodness.

The curse of life is to err.

The meadows and the yellow corn,
the slopes of the grape clusters,
the sweetness of the apple tree's fruit:

The provision on the tray
of the warm comely seasons
a part of each hard beginning:

The discretion that insists on respect
for all our partners —
all the creatures of our day
and our life in the world for ever.

Every land, every language,
became bread and wine:

Every labour,
railway stations,
bus stops
at the beginning of journeys,
every aviation:

Every art
under its own fig tree —
the vision of a man and a maid.
Lest treating
the misunderstanding between man
and his world, becomes
a giving way to meaninglessness:

And perchance we shall see the dancing
in the halls of the atoms
and the meddling with their temperament
as an art of the soul.

The coal in the bowels of the vale,
the clear water of the valleys
and the energy of machines' atmosphere:

The secret of fresh airs —
old meanings a cold well:

All beneficiaries
(unless we spit the original terror of sin on it all)
resounded the Gloria of praise. 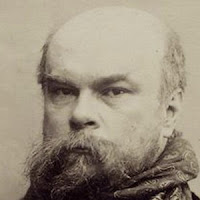 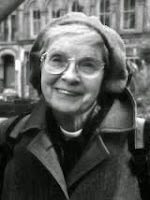