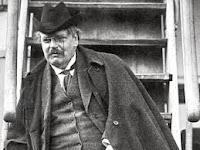 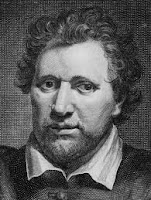 Donald Hall served in 2006-2007 as the Poet Laureate of the United States — a post recently held by such poets as Billy Collins, W.S. Merwin and Philip Levine. At a young age Hall decided that he would become a poet. He also decided to be an atheist, but he and his wife of twenty three years, the poet Jane Kenyon, experienced the life of faith through the community in New Hampshire where they settled.

After Jane's death from leukemia, Hall expressed his loss through his poetry book, Without (1998), as he continues to often do, right down to in his most recent collection The Back Chamber (2011). In a 2005 article "The Third Thing" in Poetry Magazine he speaks insightfully of their life together, and briefly of the significance of the South Danby Christian Church in their lives. Although his perspectives may not always seem consistent with a life of discipleship, Donald Hall's poems arise from deep reflection and honesty.

This first poem comes from his newest collection, The Back Chamber. The second one is from his earlier collection, Old and New Poems.

When I hear the cattle lowing
What is it that they say?
They say that shadows feasted
--------At Tenebrae.

When I know that the grave is empty,
Absence eviscerates me,
And I dwell in a cavernous, constant
--------Horror vacui.

God, I know nothing, my sense is all nonsense,
And fear of You begins intelligence:
Does it end there? For sexual love, for food,
For books and birch trees I claim gratitude,
But when I grieve over the unripe dead
My grief festers, corrupted into dread,
And I know nothing. Give us our daily bread.

Eric Pankey’s first book of poems For The New Year (Atheneum) was selected by Mark Strand to receive the 1984 Walt Whitman Award. Since then he has authored eight more poetry collections, the most-recent of which is Trace (Milkweed Editions). Formerly he was on the faculty of Washington University in St. Louis, and is now professor of English at George Mason University in Washington.

In the poem "Prayer" from his new collection, he compares faith to a "hardwood forest which burns and grows again". In a recent interview, available on the Milkweed website, Pankey said, "I always imagined that one day my faith would be solid and certain, a kind of bedrock upon which one might build a sturdy foundation. But an 'ebb and flow' has been my experience of faith...One does not believe or have faith, but one is on a faith journey...I find myself free to be full of questions, full of doubt. The doubt, I hope, is part of the way toward faith."

The following poem is from his book Apocrypha. (Knopf, 1991)

On Christmas
The Reason

To clarify and allow
For abundance, for revery.

To be permitted clemency,
A first, if not a second chance,

A taste, a glimpse, the sleight-of-hand
Of miracles and the obvious.

To see sky, gray and pearl, the jay
Blue in the copper beech, milkweed

Seed stalled in the haze, the wooden
Stairs cracked and sagging, and below

A zinc pail tipped over and spilling
A round pool that reflects the sky.

To take what is closest at hand
And set a story in motion.

Not to make something from nothing,
But, as at Cana, to be moved,

Even unwillingly, by need.

Ephrem of Edessa (circa 306—373) is a poet and church teacher who lived in the Syrian city of Edessa, which is close to Damascus. In 325 Ephrem accompanied Bishop James of Nisibis to the council of Nicea, in present-day Turkey. This was when the Nicene Creed was adopted by the first ecumenical council, which declares acceptance of the common doctrine of Christ's divinity.

Ephrem often wrote in support of Nicene doctrine, and in opposition to Gnosticism and other heresies. He is credited as the founder of the School of Nisibis, which became a centre of learning in the Syriac Orthodox Church. He is known as "the Harp of the Holy Spirit" because of his use of music for teaching doctrine.

(The following was translated by John Howard Rhys, and adapted for the Episcopal hymnbook by F. Bland Tucker.)

From God Christ's Deity Came Forth

From God Christ's deity came forth,
his manhood from humanity;
his priesthood from Melchizedek,
his royalty from David's tree:
praised be his Oneness.

He joined with guests at wedding feast,
yet in the wilderness did fast;
he taught within the temple's gates;
his people saw him die at last:
praised be his teaching.

The dissolute he did not scorn,
nor turn from those who were in sin;
he for the righteous did rejoice
but bade the fallen to come in:
praised be his mercy.

He did not disregard the sick;
to simple ones his word was given;
and he descended to the earth
and, his work done, went up to heaven:
praised be his coming.

Who then, my Lord, compares to you?
The Watcher slept, the Great was small,
the Pure baptized, the Life who died,
the King abased to honor all:
praised be your glory.