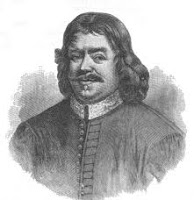 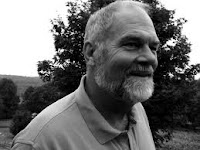 T.S. Eliot is the only poet to be both featured in my copy of The Norton Anthology of English Literature, and its American counterpart. He was born in St. Louis in 1888, but moved to London — becoming a British citizen in 1927. He is such a significant figure that both nations claim him as their own.

Perhaps Eliot’s greatest accomplishment is Four Quartets — four related, but separate poems published over a six-year period. They deal with the connection of time and eternity — of Chronos (linear time) and Kairos (“the timeless moment”). Like in Eliot’s early works, the poem connects to numerous earlier writings — such as, in this case, to the early Greek philosopher Heraclitus, the scriptural account of Pentecost, a Hindu text, and the Christian mystics John of The Cross and Julian of Norwich. He also makes allusions to both Milton and Dante.

The fourth section of Four Quartets, “Little Gidding” was published in 1942.

The dove descending breaks the air
With flame of incandescent terror
Of which the tongues declare
The one discharge from sin and error.
The only hope, or else despair
---Lies in the choice of pyre or pyre—
---To be redeemed from fire by fire.

Who then devised the torment? Love.
Love is the unfamiliar Name
Behind the hands that wove
The intolerable shirt of flame
Which human power cannot remove.
---We only live, only suspire
---Consumed by either fire or fire.

Tomas Tranströmer is a Swedish poet and recipient of the 2011 Nobel Prize in Literature. His poems have been translated into more than fifty languages.

Prior to his stroke in 1990, Tranströmer was also a talented pianist; since then – his friend Robert Bly tells us – Swedish composers have been sending him piano works, written to be played only using the left hand. This affinity with music manifests itself within his poetry.

Bill Coyle said in Contemporary Poetry Review, “Tranströmer is a Christian poet, though not a churchgoing one, and he answers that question [whether the world is intentional or not] in the affirmative. I suspect it’s one of the reasons – aside from temperament and sheer talent – for his facility with metaphor.”

Another important feature of his world-view is our imperfection, and the incompleteness of the created world. In “The Outpost” he says, “I am the place / where creation is working itself out”. This idea also comes through in the following poem; this is Robert Bly's translation, from the collection The Half-Finished Heaven.

Tourists have crowded into the half-dark of the enormous
-----Romanesque church.
Vault opening behind vault and no perspective.
A few candle flames flickered.
An angel whose face I couldn't see embraced me
and his whisper went all through my body:
"Don't be ashamed to be a human being; be proud!
Inside you one vault after another opens endlessly.
You'll never be complete, and that's as it should be."
Tears blinded me
as we were herded out into the fiercely sunlit piazza,
together with Mr. and Mrs. Jones, Herr Tanaka and Signora
-----Sabatini;
within each of them vault after vault opened endlessly. 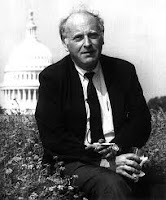