English poet Francis Thompson (1859–1907) did not have a promising start. When he attended medical school, he was not interested in his studies, but instead by 1885 moved to London to become a writer. He lived as a vagrant, selling newspapers and matches, and during a bout of ill health became addicted to opium. When he submitted poems to the magazine, Merrie England, its editors, Wilfrid and Alice Meynell, recognized his potential, rescued him from the street and arranged for the publication of his first book, Poems (1893).

Knowing Thompson’s story, the following lines from the middle of the poem ring so true.

I hope that taste will cause you to seek out the entire poem. Below is a shorter poem, that also expresses the truth of God reaching into our dark world.

In No Strange Land

----The kingdom of God is within you

Does the fish soar to find the ocean,
The eagle plunge to find the air—
That we ask of the stars in motion
If they have rumour of thee there?

Not where the wheeling systems darken,
And our benumbed conceiving soars!—
The drift of pinions, would we hearken,
Beats at our own clay-shuttered doors.

The angels keep their ancient places;—
Turn but a stone and start a wing!
'Tis ye, 'tis your estrangèd faces,
That miss the many-splendoured thing.

But (when so sad thou canst not sadder)
Cry;—and upon thy so sore loss
Shall shine the traffic of Jacob's ladder
Pitched betwixt Heaven and Charing Cross.

Yea, in the night, my Soul, my daughter,
Cry,—clinging Heaven by the hems;
And lo, Christ walking on the water,
Not of Genesareth, but Thames! 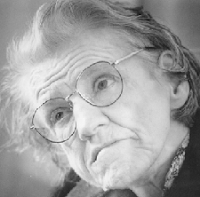 Hannah Main-van der Kamp lives in Victoria, British Columbia, on Vancouver Island — and summers in BC’s Desolation Sound. These locales provide a rich backdrop for her poems. She is an observant nature poet who paints each scene in multi-layered language that often carries our thoughts to the broader meanings of significant biblical texts: A log-boom proposing an opportunity to walk on water — or a contemplative, echoing The Lord’s Prayer, receiving her “daily allotment of gazing” as her daily bread.

In “Seeing Through”, an old man with a chainsaw is cutting beached logs for firewood. “Sun breaks in, / grey so bright you need fog glasses / to see darkly / two loons resting on bevelled glass.”

In the anthology Poetry As Liturgy she says, “The practice of observing one’s own physical environment is much like participating in religious liturgy. These holy tasks ask me to approach with a certain openness and then they expand that opening.” She adds, “How to transmute that wordlessness into words is the poetic calling which engages me and will never be fully achieved.”

The following poem is from her fourth collection, According to Loon Bay (The St. Thomas Poetry Series).

Where Thieves Do Not Break Through. An Aside

Washed up, relinquished of haste, the butt log
on its side in Scuttle Bay, attends the mantra of tides.

At 300 feet, a Douglas fir is wealth
laid up in the heavens. But here in the lost timber graveyard,
it begrudges nothing, makes no effort
to add even a cubit to its stature.

All the engines are shut off. The chain saws, logging trucks,
even the whine of the tugboats. Only the sound
of confident kingfishers breathing over water.

Left for dead, humble as bones,
now the hero is a beginner. Relinquished
of complexities, he discovers wealth in waiting.
Wherever the heart wood is, there is the treasure.

Cork bark furrowed by beetles.
Cambium in depredation by tussock moth and bud worm.
The Big Tree Epic toppled.
In place of the dense crown, a wreath of dry kelp.

Stormy channel of the Shearwater Passage
has brought Vigour down to sea level.

All the time in the world now.
The first life thrown away, that the second
might be established.

Cædmon was an Anglo-Saxon poet who died between 670 and 680 AD. He is the earliest English poet who can be identified by name. According to the historian Bede, Cædmon worked as a herdsman at the monastery, located at today's Whitby Abbey.

The story of how he came to be a poet, as recorded by Bede, has inspired many poets. To learn the story, follow this link to my tribute to Cædmon, which is the first poem in my book Poiema Here also is a link to Denise Levertov’s version of the story.

The authorship of many surviving poems, that had once been attributed to him, is now questioned. Here is a modern English translation of the one poem which is uncontested as being written by Cædmon.

Now must we hymn heaven’s Guardian,
Might of the Maker and his mind’s wisdom,
Work of the glorious Father; how he, eternal Lord,
Made the beginning of every wonder.
He made first, for the sons of men,
Heaven overhead, holy Creator.
Then the mid-earth mankind’s Guardian —
Eternal Lord, Almighty God —
Made for man’s dwelling.

Rod Jellema is Professor Emeritus of University of Maryland, where he founded the Creative Writing program; he has four poetry books to his credit. His fifth, Incarnality: The Collected Poems of Rod Jellema, is scheduled to be published by Eerdmans in September.

Jellema writes, that the unique thing about poets is that they “take a second look”, and “share that second look...They take time to catch a kind of double vision of this or that thing, this or that moment of awareness — simply because it is fascinating. Each poem that survives its own process of being made beckons you back...to have a second look...And its work is to make experience in some fresh and direct way rather than to exult over it or chat about it or explain it.”

The following poem is from his 2004 collection, A Slender Grace.

One of six million rods or cones
in the eye will flash one cell
of the billion in the brain
at the end of the thread of optic nerve
to catch a single ray from a streetlight
as it bounces off black water
asleep in a pothole.

This predicts the way the stem
of a coconut palm
leans long and far away
into pinpoints of light we call stars.
Come dawn, a split second of music
in the thin sing of a finch
will slip into the crack between two notes
the way a tiny lizard darted just now
into a slit in the terrace wall.

Think narrow. Think the line of light
that leaped under the bedroom door
to save the frightened child who was you.
Your thin escape from being someone else.
The slender grace
of a sudden thought takes you
past your self, walking

the good grey heavy town,
the bulge and muscle and long bone
that enables a wisp of thought to walk
these streets, themselves created by thought.
Think how we stride the wide earth
pressing down our weight and our love,
exulting in the plump swell of growth,
knowing the narrow gift of incarnality
is ours by the skin of our teeth.