Robert Herrick (1591―1674) is the author of Hesperides (1648), a collection of more than 1200 short poems ranging in theme from English country life, to love, to Christian faith. He never married, and it is believed that many of the women mentioned in his poems were fictitious. He was part of the group known as the “Sons of Ben” who greatly admired the work of Ben Jonson. Herrick almost seems to be two poets – one secular and one sacred. The tension between these two sides can be seen in “His Prayer For Absolution” (below).

In 1621 Herrick became vicar of Dean Prior in Devonshire. He maintained this post for a total of 31 years, although he was temporarily removed from this position because of his royalist leanings during the Civil War; he regained his place after Charles II was restored to the throne.

To The Virgins, To Make Much Of Time

Gather ye rosebuds while ye may,
----Old Time is still a-flying;
And this same flower that smiles today
----Tomorrow will be dying.

The glorious lamp of heaven, the sun,
----The higher he's a-getting,
The sooner will his race be run,
----And nearer he's to setting.

That age is best which is the first,
----When youth and blood are warmer;
But being spent, the worse, and worst
----Times still succeed the former.

Then be not coy, but use your time,
----And while ye may, go marry;
For having lost but once your prime,
----You may forever tarry.

His Prayer For Absolution

For those my unbaptized rhymes,
Writ in my wild unhallowed times,
For every sentence, clause, and word,
That's not inlaid with thee, my Lord,
Forgive me, God, and blot each line
Out of my book, that is not Thine.
But if, 'mongst all, thou find'st here one
Worthy thy benediction,
That one of all the rest shall be
The glory of my work, and me. 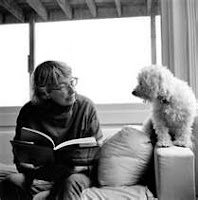 Columba of Iona (521—597) was a Celtic monk from Ireland who founded a number of monasteries including one on the Scottish island of Iona. He is credited with leading the Picts of northern Scotland to Christ, and establishing a missionary school which further contributed to the spread of the gospel. Columba — the name he’s best known by — means dove; the Irish called him Columcille, which means dove of the church.

In 540, his master Finnian brought the first copy of Jerome’s Vulgate to Ireland. The young Columba surreptitiously in the night made a copy of the Psalter for himself. The Irish king, Diarmaid, made the following copyright ruling: "To every cow her calf, and to every book its son-book. Therefore the copy you made, O Colum Cille, belongs to Finnian."

Details of his life come to us from Adomnan — who was Abbott of Iona, and wrote almost a century after Columba’s death — and later from Bede. Their writings were based on the oral traditions of the monastery, and earlier writings which have not survived.

Delightful to me to be on an island hill, on the crest of a rock,
that I might often watch the quiet sea;

That I might watch the heavy waves above the bright water,
as they chant music to their Father everlastingly.

That I might watch its smooth, bright-bordered shore, no gloomy
--------pastime,
that I might hear the cry of the strange birds, a pleasing sound;

That I might watch the splendid flocks of birds over the
--------well-watered sea,
that I might see its mighty whales, the greatest wonder.

That I might watch its ebb and flood in their course,
that my name should be — it is a secret that I tell — "he who
--------turned his back upon Ireland;"

That I might have a contrite heart as I watch,
that I might repent my many sins, hard to tell;

That I might bless the Lord who rules all things,
heaven with its splendid host, earth, ebb, and flood...

Email ThisBlogThis!Share to TwitterShare to FacebookShare to Pinterest
Labels: Columba of Iona 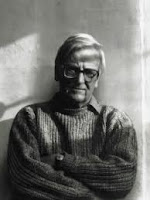