Steve Turner is an English music journalist, biographer and poet. He established himself in the 1970s, writing for major music publications and the mainstream press. His poetry tends to be light, sometimes sarcastic and highly accessible. More recently, he has focussed on his poetry for children, which sells very well in the UK.

His writing often highlights the intersections of Christian faith and secular culture. He has interviewed many of rock music’s most prominent voices, and has written major biographies of such stars as Cliff Richard, Van Morrison, Marvin Gaye, and Johnny Cash. He has written two books about the Beatles: A Hard Day’s Write, and The Gospel According To The Beatles. He also co-authored the book about the U2 film Rattle And Hum at the invitation of Bono.

The following is from Turner’s 1980 book, Nice and Nasty.

Christmas Is Really For The Children

Christmas is really
for the children.
Especially for children
who like animals, stables,
stars and babies wrapped
in swaddling clothes.
Then there are wise men,
kings in fine robes,
humble shepherds and a
hint of rich perfume.

Easter is not really
for the children
unless accompanied by
a cream filled egg.
It has whips, blood, nails,
a spear and allegations
of body snatching.
It involves politics, God
and the sins of the world.
It is not good for people
of a nervous disposition.
They would do better to
think on rabbits, chickens
and the first snowdrop
of spring.

Or they'd do better to
wait for a re-run of Christmas without asking
too many questions about
what Jesus did when he grew up
or whether there's any connection.

Donald Hall lives on the farm in New Hampshire that once belonged to his great-grandparents. He attended Harvard and Oxford, and in 1953 he became poetry editor of The Paris Review; this gave him the opportunity to interview such poets as Marianne Moore, T.S. Eliot and Ezra Pound. Although Hall’s first collection Exiles and Marriages (1955) brought him early success, he now says, “I no longer like very much of it.” Most critics believe his recent poetry is his best.

When he and his wife — the poet Jane Kenyon, who was 19 years younger than Hall — moved from Michigan to the New Hampshire farm, they visited the South Danbury Church on that first Sunday. The minister quoted Rilke in his sermon, which surprised Hall. He said when interviewed for The Paris Review, “It began from a social feeling, but moved on—from community to communion.” The couple became regular attenders, were reading the Gospels and early Christian writing, and soon the atheism he had decided on at age 12 melted away. He hesitantly discusses his faith, as it seems to make others embarrassed.

In 1995, after 23 years of marriage, Jane Kenyon died of leukemia. This hole in his life is significant in his subsequent writing. Donald Hall was appointed poet laureate of the United States in 2006.

December twenty-first
we gather at the white Church festooned
red and green, the tree flashing
green-red lights beside the altar.
After the children of Sunday School
recite Scripture, sing songs,
and scrape out solos,
they retire to dress for the finale,
to perform the pageant
again: Mary and Joseph kneeling
cradleside, Three Kings,
shepherds and shepherdesses. Their garments
are bathrobes with mothholes,
cut down from the Church's ancestors.
Standing short and long,
they stare in all directions for mothers,
sisters and brothers,
giggling and waving in recognition,
and at the South Danbury
Church, a moment before Santa
arrives with her ho-hos
and bags of popcorn, in the half-dark
of whole silence, God
enters the world as a newborn again.

The warmth of cows
-----That chewed on hay
and cherubim
Protected Him
-----As small He lay.

Chickens and sheep
-----Knew He was there
Because all night
A holy light
-----Suffused the air.

Darkness was long
-----And the sun brief
When the Christ arose
A man of sorrows
-----And friend to grief. 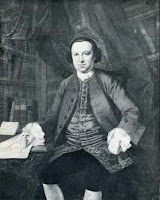 Luci Shaw is one of the most significant Christian poets of our time. She takes on topics of significance to people of faith, yet refuses to undermine her art with preconceived, didactic ways of thinking, or sentimentality. One important topic for Shaw is the incarnation.

Since childhood, Luci Shaw has annually written Christmas poems; originally the practice was simply for inclusion with her Christmas correspondence. As her poetic skills grew, so did the quality and quantity of these poems. In 1996, she and her friend Madeleine L’Engle released the book Wintersong — a joint collection of Christmas readings. Ten years later Eerdmans published Accompanied By Angels, a book of Shaw’s incarnation poems, many of which had appeared in her earlier books.

Since then, this tradition continues to result in fine Christmas poetry. In 2004 Luci Shaw sent me an early version of the following poem — followed by a revised version in 2005. The poem was further revised (as reproduced below) for inclusion in her 2006 collection What The Light Was Like (Wordfarm). Knowing how she continually returns to fine-tune her work, I would not be surprised to find she has since revised it further.

When in the cavern darkness, the child
first opened his mouth (even before
his eyes widened to see the supple world
his lungs had breathed into being),
could he have known that breathing
trumps seeing? Did he love the way air sighs
as it brushes in and out through flesh
to sustain the tiny heart’s iambic beating,
tramping the crossroads of the brain
like donkey tracks, the blood dazzling and
invisible, the corpuscles skittering to the earlobes
and toenails? Did he have any idea it
would take all his breath to speak in stories
that would change the world?