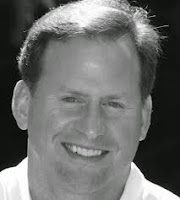 Todd Davis is the author of four poetry collections, the most recent of which are In the Kingdom of the Ditch (2013) and The Least of These (2010), both from Michigan State University Press. He taught from 1996 to 2002 at Goshen College, but is now Professor of English at Altoona College, Penn State University.

Eric Pankey has said, "Todd Davis, in his new collection of stunning poems, In the Kingdom of the Ditch, marries the ordinary names of things to their extraordinary enigma. His acts of taxonomy lead not only to knowledge of this world but as well to gnosis of that other ineffable realm we might call the sacred. His poems see into the mystical and their song reaches toward the visionary, which is to say he is a lyric poet of breathtaking brilliance."

In the Kingdom of the Ditch

thimble, the shrew and the rat snake
seek after the same God

who mercifully fills the belly
of one, then offers it to the other.

In this low place between mountains
fog settles with the dark of evening.
Every year it takes some of those
we love—a car full of teenagers
on the way home from a dance, or
a father on his way to the paper mill,
nightshift the only opening.
Each morning, up on the ridge,
the sun lifts this veil, sees what night
has accomplished. The water on our window—
screens disappears slowly, gradually,
like grief. The heat of the day carries water
from the river back up into the sky,
and where the fog is heaviest and stays
longest, you’ll see the lines it leaves
on trees, the flowers that grow
the fullest.