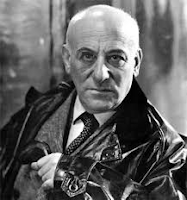 Max Jacob (1876—1944) is a French poet, artist and critic of Jewish background. He befriended Pablo Picasso in the summer of 1901, when the painter first arrived in Paris; he helped him learn French, and eventually the two roomed together in the Montmartre district.

In 1909 he experienced a vision of Christ and became a Catholic Christian. In 1921 Picasso represents Jacob as a monk in his painting, Three Musicians, because he had decided to enter a monastery.

He was arrested by the Gestapo in 1944. Jacob’s brother and sister were both gassed at Auschwitz, whereas Jacob died in an infirmary, apparently from bronchial pneumonia.

The following is from The Selected Poems of Max Jacob, translated by William Kulik.