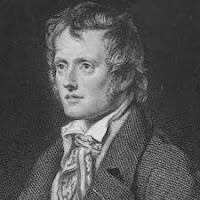 John Clare (1793—1864) is known as the "Peasant Poet", because his parents were illiterate, and his father a farm labourer. He is known for poems praising the natural world and God as creator. His 1820 book, Poems Descriptive of Rural Life and Scenery, carried him from obscurity to the attention of London literary society. For a time his work even outsold that of his contemporary John Keats.

As may be sensed in the following poem, he suffered from depression and even delusions, which eventually confined him to an asylum for the final 26 years of his life.

His poetry soon slipped into obscurity; however in recent years, the admiration of poets such as Dylan Thomas, Ted Hughes, John Ashbery, and Seamus Heaney has helped to restore his reputation. He is now considered by many to be one of the most important poets of the 19th century.

I am — yet what I am none cares or knows;
My friends forsake me like a memory lost:
I am the self-consumer of my woes —
They rise and vanish in oblivious host,
Like shadows in love’s frenzied stifled throes
And yet I am, and live — like vapours tossed

Into the nothingness of scorn and noise,
Into the living sea of waking dreams,
Where there is neither sense of life or joys,
But the vast shipwreck of my life’s esteems;
Even the dearest that I loved the best
Are strange — nay, rather, stranger than the rest.

I long for scenes where man hath never trod
A place where woman never smiled or wept
There to abide with my Creator, God,
And sleep as I in childhood sweetly slept,
Untroubling and untroubled where I lie
The grass below — above the vaulted sky.