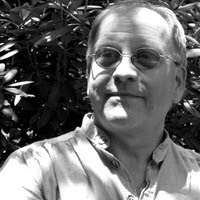 David Brendan Hopes is a poet and playwright who lives in Asheville, North Carolina, where he has been a professor of English at UNCA since 1983. His Memoir A Childhood in the Milky Way: Becoming a Poet in Ohio (1999, Akron University Press) was nominated for both the National Book Award and the Pulitzer Prize. His plays have been widely staged in various cities, including New York. One recent play Night Music won the 2016 North Carolina Playwrights Prize. He has also authored fiction, and two collections of nature essays from Milkweed Editions.

I included the following poem in the anthology Adam, Eve, & the Riders of the Apocalypse; it is also in David Brendan Hopes’ fourth poetry collection Peniel (2017, Saint Julian Press).

On the Adoration of the Shepherds

God is born tonight in the next town.
Be serious. Who wouldn’t go?
Lock the back door. Turn the furnace down.
Throw a handful of food at the dog. Blow
off the dinner with the couple you really like.
Riffle through the bills for those
which absolutely will not wait. Take a hike.
The way? The consequence? The point? Who knows?
Select a path, an avenue, goat trail, a turnpike,
on through the twilight and the early snows.
Angel voices are, of course, a plus,
but go in dark and silence if you must.
Remember to seek the narrowest wretched door.
Prepare to diminish, resign, dispense, adore.