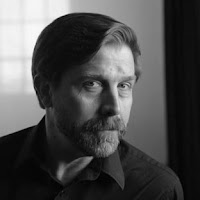 Brian Volck seems to lead two lives ― at least two lives. In one manifestation he is a pediatrician who has served at Cincinnati Children’s Hospital, has provided pediatric care at the Indian Health Service hospital on the Navajo Reservation, and brought medical teams to Central America.

He is also a writer whose poetry collection Flesh Becomes Word (2013) was published by Dos Madras Press. Scott Cairns has said of this book, “These are poems of deep humility, of wide and deep learning, of abiding and strenuous faith—and pervasive joy.”

Volck’s passions for writing and healthcare come together in his published essays, in Reclaiming the Body: Christians and the Faithful Use of Medicine (2006, Brazos Press) which he co-wrote with Joel Shuman, and his memoir Attending Others: A Doctor’s Education in Bodies and Words (2016, Cascade Books).

He received his MFA from Seattle Pacific University, his MD from Washington University in St. Louis, and is currently completing a Master’s degree in theology from St. Mary’s Seminary in Baltimore. All of these connections now draw him to divide his time between Cincinnati, his home in Baltimore, and the landscape he loves in the American Southwest.

The following poem is from Flesh Becomes Word.

Having Crossed the Sea

I have seen them, dead along the shore,
their bloated faces still ripe with hate.
And there was one I stopped at to kick—
kick him fiercely and hard in the face
the way they kicked my now dead husband
who wept at making bricks without straw—
but I found no joy in what I did.

Yesterday, we had cause to rejoice,
seeing Israel’s enemies crushed
between walls of leveling water
cast on them by our great God’s right hand.
But as we sang praises to heaven
in sight of their still floating corpses,
the cloud column swelled, grew darker, and
the rain fell: softly at first, and then
in great salt drops, so like tears, I wept
to learn one might mourn enemy dead
who were, after all, God’s children, too.