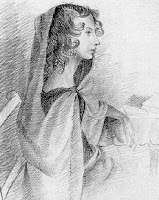 Anne Brontë (1820―1849) is one of the famous Brontë sisters who lived in Haworth, Yorkshire as the daughters of a country parson. Little is known about Anne’s life ― as distinct from that of her older sisters Charlotte and Emily. While quite young Emily and Anne created a fictitious island called Gondal, which they wrote stories and poems about.

From 1839 to 1845, Anne served as a governess, which provided much insight for her into the lives of a wider range of people ― giving her the perspective from which to write her first novel, Agnes Grey (1847). Her poetry and fiction was at first overshadowed by that of her sisters.

An examination of her output, however, shows Anne to be a subtle and sophisticated writer. She is concerned with character, morality, and faith, and yet does not resort to easy answers to difficult issues. Since the publication of W. T. Hale's study, Anne Brontë: Her Life and Writings (1929), Anne has been increasingly seen as a significant 19th century novelist.

Music I love—but ne’er a strain
Could kindle raptures so divine,
So grief assuage, so conquer pain,
And rouse this pensive heart of mine;
As that we hear on Christmas morn,
Upon the wintry breezes borne.

Though darkness still her empire keep,
And hours must pass, ere morning break;
From troubled dreams, or slumbers deep,
That music kindly bids us wake:
It calls us, with an angel’s voice,
To wake, and worship, and rejoice.

To greet with joy the glorious morn,
Which angels welcomed long ago,
When our redeeming Lord was born,
To bring the light of Heaven below;
The powers of darkness to dispel,
And rescue Earth from death and hell.

While listening to that sacred strain,
My raptured spirit soars on high;
I seem to hear those songs again
Resounding through the open sky,
That kindled such divine delight,
In those who watched their flocks by night.

With them, I celebrate His birth;
Glory to God, in highest Heaven,
Good will to men, and peace on Earth,
To us a Saviour King is given;
Our God is come to claim His own,
And Satan’s power is overthrown!

A sinless God, for sinful men,
Descends to suffer and to bleed;
Hell must renounce its empire then;
The price is paid, the world is freed,
And Satan’s self must now confess,
That Christ has earned a right to bless.

Now holy peace may smile from Heaven,
And heavenly truth from earth shall spring:
The captive’s galling bonds are riven,
For our Redeemer is our King;
And He that gave His blood for men
Will lead us home to God again.